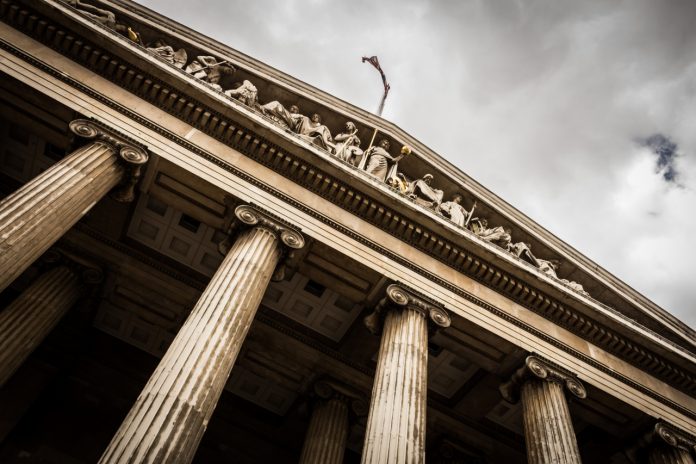 I was reading the headlines last night and I came across one in The Times that read “Duterte: I can teach God about justice.” The noise of the political landscape sure has grown and two the many sides have increased in weight intensely since July.

I am in no way trying to berate, debate with or belittle our president. I love President Duterte and pray for him regularly. In a time where rulers were slaughtering Christians for no apparent reason, Paul wrote Romans 13:1: “Let every person be subject to the governing authorities. For there is no authority except from God, and those that exist have been instituted by God.” We have less reason to not submit to our leaders to today.

I do however just want to share my thoughts on the idea of justice not to go against anyone, but to show to us that no one knows justice like God does. Let’s bring some biblical light into this question- Can a man ever truly teach God about justice?

There’s absolutely no way we can get on the same level as God in anything may it be justice, love, ability, knowledge, or anything at all.

The Bible actually shares a story of a man who questioned God’s justice. His name was Job.  Out of a sincere desire to understand God’s ways, Job argues with three friends about God’s goodness and God’s justice. God then appears to Job in a whirlwind and gives him an answer he did not expect. The converse was long, but God’s point was basically this- “Even if I told you everything about who I am and how my ways work, you still wouldn’t get it because my ways are much higher than yours.” In other words He said, “I know much more than you do.”

“Where were you when I laid the foundation of the earth? Tell me, if you have understanding. Who determined its measurements—surely you know! Or who stretched the line upon it?” said God to Job. (Proverbs 38:4,5; ESV)

There’s absolutely no way we can get on the same level as God in anything may it be justice, love, ability, knowledge, or anything at all. Here are some thoughts however that we do know about God that point to His infinitely greater justice.

Thought #1 | If justice would serve it’s full sentence, no one would stand.

It can be easy to cry out for justice when you think you’re innocent, but the greatest dismay would be when we find out we are wrong about our innocence. At one point or another we could be totally wrong about our innocence. Sure we might not be drug pushers, rapists or mass murderers, but according to the ultimate law (God’s law) we are all guilty, and the punishment we all deserve is both physical and eternal death. Romans 3:23 says “for all have sinned and fall short of the glory of God.”

We can cry out to God for justice, but if God really served justice we’d all be wiped out in a blink of an eye.

We can cry out to God for justice, but if God really served justice we’d all be wiped out in a blink of an eye. God’s standard is complete blamelessness and holiness, and because none of us make the cut we would all be sentenced to eternal separation with Him if justice were really served, including our beloved president. Including me.

Thought #2 | God’s Justice Considers the Past, Present and Future.

Only God can serve justice in a way that takes into consideration a person’s future. In the court of law, we are all judged by our past and present, but no one can be judged for what he or she is going to be. But in God’s court, we can. That’s why ultimate judgment awaits us still: Because justice in it’s truest form should consider the entirety of a person’s life and the entirety of his or her effect on society.

In the court of law, we are all judged by our past and present, but no one can be judged for what he or she is going to be. But in God’s court, we can.

I have a friend (it’s best I don’t mention his name) who once used to be the drug provider for the Malacañang Palace. He was sentenced to life imprisonment when caught, but God met him in prison and radically changed his life. By some miracle, he was given a shorter sentence and is now out radically proclaiming the gospel, being a blessing to those who are around him and helps in many ways for social good. Had justice been served only based on his past and present at that time, the future God saw in him would have never happened.

I’m not saying all criminals change, but many of them do. If we had to be absolute based on our own flawed human justice system, we would never see the unfolding of God’s will. I’m also not saying that the good justifies the bad. Definitely the sins of the past must be paid for ultimately, but that leads me to my next point.

Thought #3 | Justice was served once and for all.

The greatest judiciary and penal event was served two thousand years ago when the only innocent man to ever walk the earth was tried and charged with the sin of all mankind. Jesus became the fulfillment of the law for all who believe and trust in Him. The cross became payment for all sins past, present and future bringing about spiritual life.

The justice of God was made absolute at Golgotha, but so was His love.

The justice of God was made absolute at Golgotha, but so was His love. Only God can express both love and justice at the same time because unlike majority of executions in the hands of man, God executes someone He loves dearly every time He serves justice. God wept intensely when he brought the floods to destroy the world (Genesis 7). His heart was crushed as He destroyed Sodom and Gomorah (Genesis 19:23-29). God grieved as Jesus Christ hung dying on the tree for our sins. But in all those times, His justice was absolute.

Thought #4 | There is punishment and it’s served justly.

While eternal punishment was given to Jesus on the cross, there are those that refuse to put their faith in Him. Luke 13:3 says, “No, I tell you; but unless you repent, you will all likewise perish.” Repentance is the only way out of the ultimate and absolute punishment of God.

The truth is that God does punish, but ironically in the same way He is mocked for lack of justice, He is also mocked for his absolute justice served on earth. I have heard skeptics ask why God allowed Israel to bring genocide to Canaanite tribes. It’s because he was serving justice through the hand of the Israelites because the people of those tribes had become uncontrollably evil. They sacrificed babies, raped women, committed immoral and despicable acts and slaughtered innocent men all for the sheer fun of it. God did serve punishment.

I do believe in the grace of God, but God is also just in many ways. The unconfessed sins of a drug pusher, corrupt official or serial rapist and murderer can and will be punished not just on the day of reckoning but also in this present age. And we will see it happening in this present age.

But even in all of God’s punishment and justice, He is also a compassionate God who “[shows] steadfast love to thousands of those who love me and keep my commandments.”

Sure some criminals can be rich, but on the inside I know that their souls reap the consequences of their actions by living a life here tormented by the lack of peace, joy and satisfaction. That’s what sin does when we allow it to reign in our hearts. And not only that, but God also brings consequences to sin even to our descendants. God is a jealous God who “[visits] the iniquity of the fathers on the children to the third and the fourth generation of those who hate me.” (Exodus 20:5)

But even in all of God’s punishment and justice, He is also a compassionate God who “[shows] steadfast love to thousands of those who love me and keep my commandments.” (Exodus 20:6) And again Jesus kept the commandments on our behalf and we can walk in His finished work by accepting the reconciling salvation He bestows upon us and walking in the freedom from sin that He purchased for us on the cross.

Yes the world will still remain cruel. Sure there will be those that do not submit to God’s ultimate and all-encompassing law, but we serve a God who is infinitely just and at the same time infinitely loving. We cannot ever tell God how to do His job because I don’t think anyone would ever make the cut.

Isaiah 55:9 tells us, “For as the heavens are higher than the earth, so are my ways higher than your ways and my thoughts than your thoughts.”