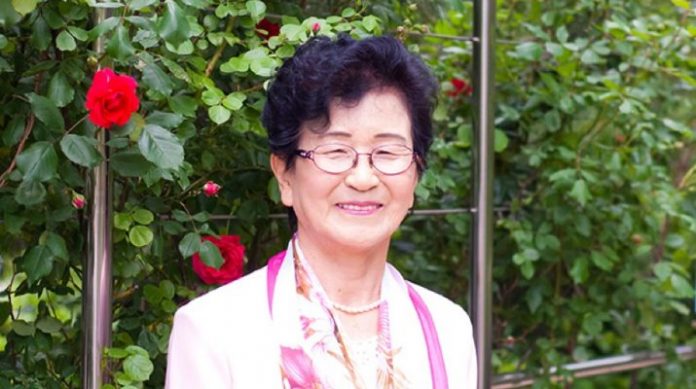 I had a serious fever when I was 8 years old, and it left me deaf in my left ear. Because of it I had few friends and was often all alone and cried. I could not properly receive school education to take care of my siblings. At the age of 19, I got married and moved to Daegu City.

I could not follow what the people in Daegu spoke because they speak their own dialect. Some said I was an idiot and felt sorrowful. God showed His love to such a poor and sad person as me.

On May 1, 2016, I was guided to Manmin Central Church. When I arrived in the sanctuary, I felt like I was in a big flowerbed.

The sanctuary was bright, and the church members’ faces were brightened with joy. During Sunday Service Senior Pastor Dr. Jaerock Lee stood on the altar to preach the sermon. I felt strong, peaceful and spiritual light from him.

In his sermon he said that if we sincerely believe God, we will not sin or lie, then we can enter heaven. I gained peace and rest in his messages that I had never gained in my entire life. I began to pray in Daniel Prayer Meeting via GCN and offered up my thanks in prayer for leading me to this beautiful and good church.

In early 2018, my heart felt ached when I thought of Senior Pastor who was drained of all his energy and didn’t see and hear well because he had devoted himself to leading souls to salvation. I began to ask God in prayer for him to see and hear well.

Meantime, on the 25th day of March, I experienced something amazing. During worship service, I was able to hear Senior Pastor’s voice much better even when he said something quietly. I had not been able to hear well with my left ear before, so I had tried hard to focus with the right ear. But it was different on the day. I could hear so much better the conversation with others and the sermon in services. I was healed of my hearing problem! I had suffered from it in my whole life but the God of mercy healed it even though I did not ask.

I give all thanks and glory to God who gave me true happiness and recovered my hearing ability and eyesight though I will turn 80 soon.