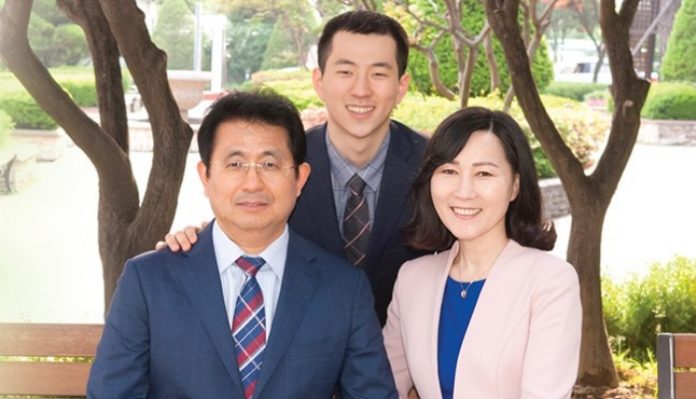 I was born into a Christian family, but I liked to hang around with my friends so much. As I grew up, I did what I was not supposed to do as a student without any hesitation. I received all kinds of punishments in school except for being kicked out. I did not study. I once scored zero in a test because I slept during the test. I was ranked lowest all the time in school.

However, the grace of God was given to such a person as me and my life totally changed.

On May 16, 2014, when I was an 11th grader, Senior Pastor Dr. Jaerock Lee offered up repentance prayer on behalf of the church members. I was deeply touched and thought he really loves me and cherishes me. As his true love was delivered to my heart, I started to repent of my past wrongdoings and be strengthened to start over.

Above all, I came to try to listen to the sermon more attentively and pray.

As I started trying to accomplish spiritual things one by one, I wanted to study and learn.

It was something I had had no interest in previously. In fact, I had not studied before at all. My scores did not seem to improve at first, but when I was a 12th grader, grades dramatically improved. However, I did not do well on the College Scholastic Ability Test. But I was thankful because I felt joy over studying and started to think that it was possible for me to do better if I studied more. I asked my parents to let me study one more year for the test. They said yes.

I started using a simple 2G phone instead of smartphone to pay more attention to study and restrain myself from contact with my friends. I studied hard.

On Sunday I attended both of Sunday Morning and Evening Services to keep the Lord’s Day as God commanded us although other students studied in a private academy even on Sunday.

During weekdays, the classes in the private academy I attended finished after 10p.m. but I prayed in Daniel Prayer Meeting at least three times a week. Of course, I sometimes had a hard time, but what kept me moving forward was Senior Pastor’s prayer.

He always showed his love and interest for students. He gave us dreams and visions for the future. Right before the college entrance exams, he prayed for test takers. I believed in the power of his prayer, so I was convinced that I would not fail. That is why I could study all the time with confidence.

Finally, I took the CSAT and got a score which was ranked in the top three percent in 2016. In 2017, I was finally admitted to School of Art & Design at Korea University.

After entering college, I was not able to lead my Christian life better than I had thought while adapting to the new environment and new people in school. Meantime, my family was given a short time to meet Senior Pastor on April 1, 2018. At that moment I made an eye contact with him, and I felt his love and started shedding tears.

God let me realize that I had felt numb towards sin. I made up my mind again and began to praise and pray in fullness of the Spirit. It seemed that God had waited for me; He poured out the Spirit’s grace upon me like a waterfall pouring down.

I don’t think I had ever felt the love of the Lord although I had always been in His love from an early age. However, I came to feel the love through Senior Pastor and my life changed. I sometimes think, ‘What if I was not renewed by the grace of God? What kind of a person would I have been in the future?’ I am scared just by picturing myself who would have lived without knowing the grace.

I give all thanks and glory to God who has led me to understand the true value of life and live a blessed life. I extend my heartfelt thanks to Senior Pastor who renewed me.