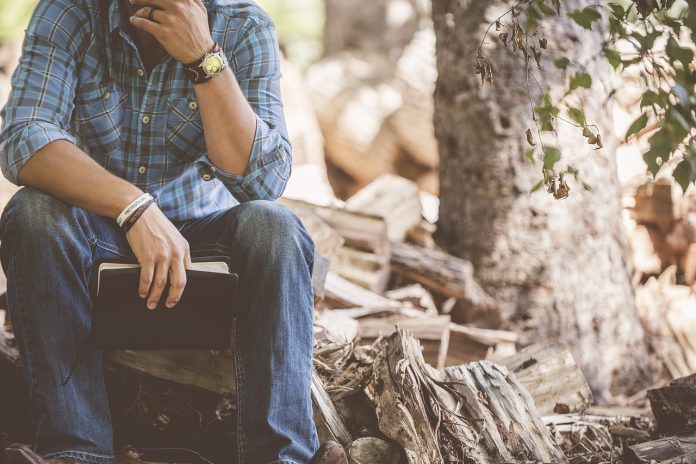 The character of Peter in the New Testament is one of the most pivotal and foundational. It doesn’t take an in-depth study of church history to know how important Peter was to the formation of what would become the biggest movement of all time- Christianity.

But looking at Peter’s life, it’s interesting how things turned out for him. Why? If there’s was anyone set to fail, it was Peter. He was moving backward in life. He was the ambitious disciple who wanted to walk on water but sank. He was the guy whom Jesus said had Satan in him. He was the follower who betrayed his master three times. What was it that turned Peter’s life around? How did He- and how do we- bounce back from such failure?

A Quick Reflection On Our Own “Peter” Moments

If we look into our lives, I’m sure you can easily find your own “Peter” moment. One of my biggest failures in life came as a failure in business. I started in business at an early age. The first few months I was in it, I was doing great, but as time went by things weren’t looking as bright as when me and my business partners had started. After a little over a year in that business, me and my colleagues had to part ways. I felt like a failure. It’s not a nice feeling.

Many of us have probably felt the same way. It might not have been a failure in business. Maybe it was a relationship, ministry, class subject, parenting mistake, wrong finance decision. When you fail all these negative emotions start to flood you. You start thinking all of it was your fault, that you’re worth nothing, or that things would have been better off without you. But in your failure I hope we look into these truths as we reflect upon the life of Peter.

If Peter could fail and get up, you can too. Why? Because the Jesus that Peter served is the same Peter we serve today. You’re mistakes might not be like Peters. It could be smaller or it could be bigger. The question however is never about if you fail, but when you fail.

Thomas A. Edison once said,“I have not failed. I’ve just found 10,000 ways that won’t work.” If you’ve failed you’re in good company. Even the biggest successes in all history failed at some point. Steve Jobs failed. Mark Zuckerberg failed. Henry Ford failed. Even Peter failed. But the difference is that they got back up and they pressed on.

2. We cannot control failure, but we can control our response

John Maxwell, in his book “Failing Forward,” once said “In life, the question is not if you will have problems, but how you are going to deal with your problems.” If there’s one fear that can cripple you- stop you from God’s best- it’s the fear of failure.

Your fear of failure will disallow you from taking shots. It doesn’t matter how skilled you are or how much potential you have, if the fear of failure stops you from taking shots, you will lose.  The best response to failure is to respond by trying again. The good news is that your response is completely up to you. You can choose to give up or to keep going. No one can make that decision for you. Only you can do that.

3. In Your Failure, God’s Love Is Always Ready To Restore You

1 Peter 5:10, says this “And after you have suffered a little while, the God of all grace, who has called you to his eternal glory in Christ, will himself restore, confirm, strengthen, and establish you.”

Peter knew what it was like to be restored by God’s love. Jesus, after rising from the dead, visited the disciple to reinstate Him back into ministry. Guess what? God wants to do the same for all of us today.

God is more than eager to restore you back into a relationship with Him, into your calling, into relationships with others. That’s the message of the cross really- that Jesus took the consequence of our sin and gave us new life so that we be restored in every way possible. The gospel restores and enables us to move forward in life.