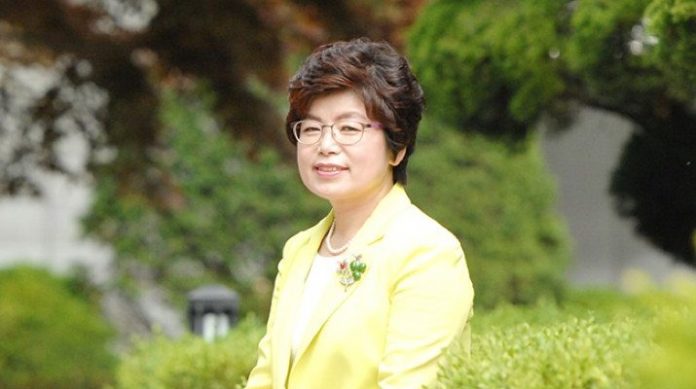 In summer of 2016, I felt exhausted after I went out and came back home. I felt like I had no strength even to move my fingers. Afterwards, I had a medical check-up and the doctor told me that I had a lump in my breast and it was big. He said I would have to have ultrasonography three months later.

I had seen many people healed of their diseases through Dr. Jaerock Lee’s prayer, so I thought I would be healed of it. I received Manmin Prayer Center President Boknim Lee’s prayer and the symptom of tiredness was gone.

In December, I had ultrasonography in hospital. The doctor said the lump had not become bigger but it was quite big and suggested me having biopsy three months later.

I began to think over what God wanted me to do. I tried to find my shortcomings and change myself. I also checked all aspects of my life to be faithful in all respects. I prepared the vessel to receive the answer with my heart.

On March 20, 2017, another ultrasonography showed the lump again. It did not grow but the doctor said I needed biopsy for him to see it closely. I set the date for biopsy and came back home.

I earnestly longed for the work of God who has taken full responsibility for my whole life, and received Senior Pastor’s prayer during every worship service.

On March 25, after five days passed, I went to the hospital for biopsy. I felt nervous for no reason while waiting. I received Senior Pastor’s prayer for the sick on GCN by smart phone. I found peace in heart. I entered the doctor’s office. He showed me ultrasonography saying, “Here is a lump”.

I got the anesthetic injection for biopsy and was on the bed. Then, I heard the startled tone in the voice of the doctor and the nurse.

“Where on earth is the lump?”

They were checking my lump through another ultrasound but no lump was seen. He looked accurately at the screen and said, “The lump was really gone!” The living God removed the lump completely. Hallelujah!

I give all thanks and glory to God.