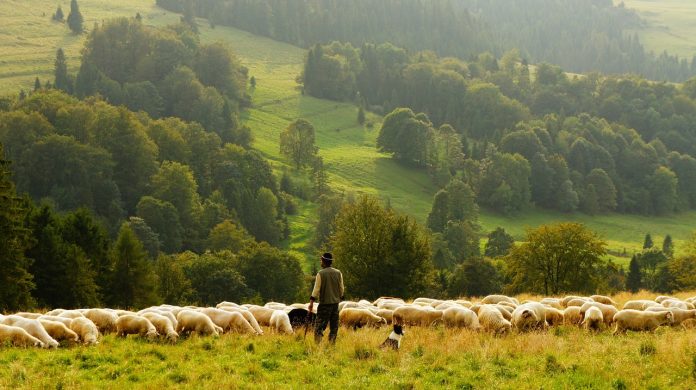 As I’ve noted through this series, the church is God’s will for us in the journey of faith. We were never designed to be people who journey alone. However, as we consider the context of the local church, each with its own personality and membership diversity—there is never a perfect church this side of heaven. Anytime we assemble with people we assemble with sinners and there will be both blessings and challenges as it pertains to how the church functions as a body of believers.

Not only do we have members who help and hinder the local church, we too have leaders who help and hurt. Today, we focus on the positive—specifically those types of pastors who labor to build up the body of Christ for the glory of God.

If worship doesn’t happen during preaching – biblical preaching is not taking place.

Historically, a church that was doing many things right, but overlooking the proper means of preaching the Word was not considered to be a true church at all. In fact, biblical preaching is the first mark of an authentic church. For many years, what constituted a true church was the right preaching of the Word, the proper administration of the ordinances, and biblical church discipline.

What does biblical preaching involve? To be clear, biblical preaching is expository preaching. The most accurate way to preach the Word of God is through a verse-by-verse approach to the text. The expositor, exposits the text. The expositor digs into the text within the proper framework and without violating the historical, grammatical, theological, and contextual aspects of the passage. The expository preacher labors in the Word in order to define, explain, apply, and illustrate the Scriptures to the congregation. The Scottish preacher James Stewart said the purpose of genuine preaching is “to quicken the conscience by the holiness of God, to feed the mind with the truth of God, to purge the imagination by the beauty of God, to open the heart to the love of God, to devote the will to the purpose of God.”

The way the expositor helps the church is by instilling sound theology and setting up the church for true spiritual growth. The expositor, whether in the pulpit on Sunday morning or with young people in the discipleship ministries of the church—he labors to preach and teach the Scriptures rather than majoring on gimmicks or games. Rather than picking through the Bible and hopping from passage to passage randomly each week, the expositor allows the people to gain a solid understanding of the books of the Bible, the authors of the books, the original purpose of the writing, and how to apply that to our present situations today. Rather than teaching moralisms from the Old Testament and allegorizing the passages—the expositor rightly handles the Word and points to Jesus Christ without changing the single meaning of each text of Scripture. This not only teaches the Word properly, but it teaches people how to rightly study the Bible in their own homes too.

The shepherd is the role of a pastor, but unfortunately many pastors are designated “talking heads” in the pulpit with little emphasis upon shepherding souls through the week. The shepherd is the pastor who looks after God’s flock with a serious minded approach to spiritual health and a pursuit of holiness.

When we read the New Testament, we don’t find entertainers and CEO executives who are interested in growing a campus. We see pastors who understood what it meant to shepherd the flock of God among them.

In certain countries where they use the meat and wool of sheep, they create a plan to lead the sheep to slaughter. They train one sheep to walk into a specific door which is the pathway straight to the slaughter. Just before the end, another doorway opens up and the lead sheep is led into a safe zone. After the sheep is trained sufficiently, it will lead the other sheep down this pathway. At the end—the lead sheep will be led into the safe zone, but as soon as it passes, the door shuts and the rest of the sheep walk straight into the slaughter room. In many cases, this sheep is known as the Judas sheep.

Sheep are not known for their intelligence. Therefore, the work of pastoring involves shepherding hearts—leading them in the proper manner so that they will not injure themselves spiritually. Many sheep are known for walking off cliffs or into the mouths of predators, so when God calls pastors to be shepherds he is referencing the intentional and difficult work of leading obstinate and rebellious people. Walk with me back in time to the days of Jesus when the shepherds would lead their flocks. Let’s examine some basic characteristics of a shepherd to his sheep:

This is difficult work, but the church blessed with pastors who understand their role as shepherds will greatly benefit from a serious minded approach to shepherding. More than numerical growth will be emphasized, and genuine fruit of spiritual growth will take place in the life of the congregation.

While many people are accustomed to the title of pastor, in many evangelical circles the title of elder is a foreign concept. What many people fail to realize is that the office of pastor is referred to as elder far more times in the Bible than pastor. There are several key terms used to describe the office of pastor, including elder and overseer (or Bishop). Each of these titles can be found In 1 Peter 5:1-5 where we see a grand picture of the responsibility of the elders within the life of the church.

So I exhort the elders among you, as a fellow elder and a witness of the sufferings of Christ, as well as a partaker in the glory that is going to be revealed: shepherd the flock of God that is among you, exercising oversight, not under compulsion, but willingly, as God would have you; not for shameful gain, but eagerly; not domineering over those in your charge, but being examples to the flock. And when the chief Shepherd appears, you will receive the unfading crown of glory. Likewise, you who are younger, be subject to the elders. Clothe yourselves, all of you, with humility toward one another, for “God opposes the proud but gives grace to the humble.”

The elder understands his office is that of spiritual leadership. He takes it seriously, and labors in the Scriptures to lead and care for God’s people. The elder may not be on staff as a paid pastor, but he holds the office of pastor just as any other pastor in the life of the local church. It takes a multiple group of pastors to faithfully shepherd God’s flock. Faithful elders who are unpaid often work behind the scenes in order to pray for, lead, and disciple the church family. The church with a plurality of elders will be a church that is properly cared for so long as these elders are serving in the capacity that God has designed from the beginning. In his book on leadership, john MacArthur properly observes:

Ministry as depicted in the New Testament was never a one-man show. That does not preclude the role of a dominant leader on each team. Within the framework of plurality, there will invariably be those who have more influence. The diversity of our gifts (1 Corinthians 12:4) means all people are differently equipped. Therefore a plurality of leaders does not necessitate an absolute equality in every function. In even the most godly group of leaders, some will naturally be more influential than others. Some will have teaching gifts that outshine the rest. Others will be more gifted as administrators. Each can fulfill a different role, and there is no need to try to enforce absolute equality of function.

The church with a plurality of elders not only oversees the church with a proper aim toward spiritual growth, buy they also look after one another as pastors—preventing the leaders from wandering off into sin and abandoning the flock. A true body of elders will result in a growing and happy church for God’s glory.

Church September 25, 2020
During a webinar on the many effects of the COVID-19 pandemic, the Church of Norway fielded reflections from pastors and church leaders...

Christian Family Claims Police in Pakistan Have Failed to Recover Their...