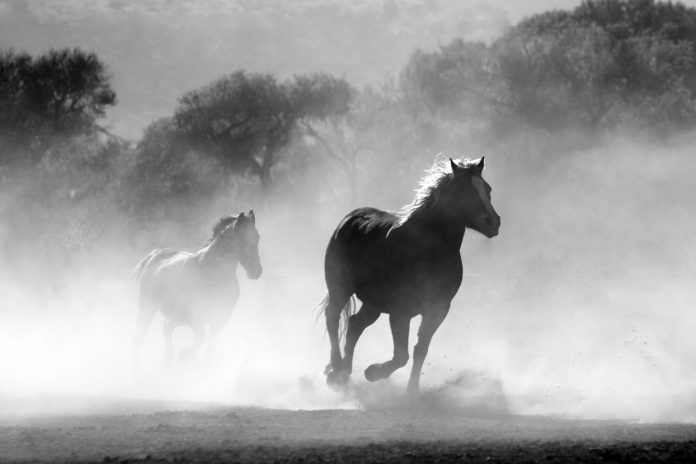 Through Christ – a person can have the blessed life now as they look forward to having a blissful life for eternity.

You would expect to read: “Blessed is the proud and arrogant man who powers his way though life—for he shall inherit the earth.” Instead, just as Jesus often does, he goes in the opposite direction. Jesus uses paradox in a compelling way as a teaching device. Just when logic leads you one way—Jesus points in the opposite direction. Such is the case with the attitude of gentleness—or better known as meekness. Jesus said these words as he taught in the famous Sermon on the Mount, “Blessed are the meek, for they shall inherit the earth” (Matt. 5:4). In Jesus’ teaching, we find the following contrasts:

We live in an ultra competitive world filled with ideologies that flow from depravity rather than the righteousness of God. Our world teaches a person to strive for everything and step on the heads of all competitors in order to climb the ladder of life. The world aims for shallow entertainment and temporal joy that provides a measure of worldly happiness that lasts for a short time.

The competitive human heart is fueled by a sense of self-value and pride. It’s the heart of the depraved man who looks at the world and sees competition and needs to better himself daily in order to become really successful.

What exactly does Jesus mean when he speaks of meekness? The Greeks used the word translated meek in several different ways. They would use it to refer to a soothing medicine, a calm breeze, or a tame beast. Often our culture views meekness as weakness, but that’s far from true. Leon Morris writes, “True meekness may be a quality of the strong, those who could assert themselves but choose not to do so. The strong who qualify for this blessing are the strong who decline to domineer. Self-assertion is never a Christian virtue; rather, it is Christian to be busy in lowly service and to refuse to engage in the conduct that merely advances one’s personal aims.” [Leon Morris, The Gospel according to Matthew, The Pillar New Testament Commentary (Grand Rapids, MI; Leicester, England: W.B. Eerdmans; Inter-Varsity Press, 1992), 98]

Medicine out of control is deadly, but medicine under control soothes the soul.

A wild horse roaming the open range is dangerous, but the beast brought under control and in submission is meek. Meekness is power under control.

According to Numbers 12:3—Moses was the meekest man who ever lived. When you picture him before Pharaoh demanding the release of God’s people, that certainly doesn’t look weak. When Moses comes down the mountain with the tablets of the 10 Commandments and he finds the Israelites worshipping a golden calf—Moses boiled over with righteous indignation. He cast it into the fire, turned it to dust, spread it on their water and then forced them to drink it. Does that look like a weak and spineless man? Absolutely not. Meekness is power under control. Jesus himself possessed perfect meekness—San the Prophet greater than Moses (Matt. 11:28-29).

Jesus presses the issue by stating that it will be the meek who inherit the earth—not the proud, the arrogant, the strong, or the fittest.

Only a true Christian can labor —not for self—and not unto man—but unto the Lord.

Only a true Christian can be content and resist the mindset of keeping up with the Jones’ in this life. Only the true Christian can tame his ego and put others before himself. Only the true Christian can see his true position in Christ and realize that he owns everything already. We must be reminded of Paul’s words in Romans 8:16-17, “The Spirit himself bears witness with our spirit that we are children of God, and if children, then heirs—heirs of God and fellow heirs with Christ, provided we suffer with him in order that we may also be glorified with him.” According to 1 Peter 1:4, our inheritance is kept by God – and will never spoil or fade. In Hebrews 11:10, we see these words that describe Abraham’s life focus: “For he was looking forward to the city that has foundations, whose designer and builder is God.” D.A. Carson concludes:

With this eternal perspective in view he can afford to be meek. Moreover, one day he will come into the fullness of his inheritance, when he will find the beatitude fulfilled most literally. Fifty billion trillion years into eternity (if I may speak in terms of time) God’s people will still be rejoicing that this beatitude is literally true. In a new heaven and earth, they will be grateful that by grace they learned to be meek during their initial threescore years and ten. [D.A. Carson, Jesus’ Sermon on the Mount And his Confrontation with the World: An Exposition of Matthew 5-10 (Grand Rapids: Baker Books, 1987), 22]