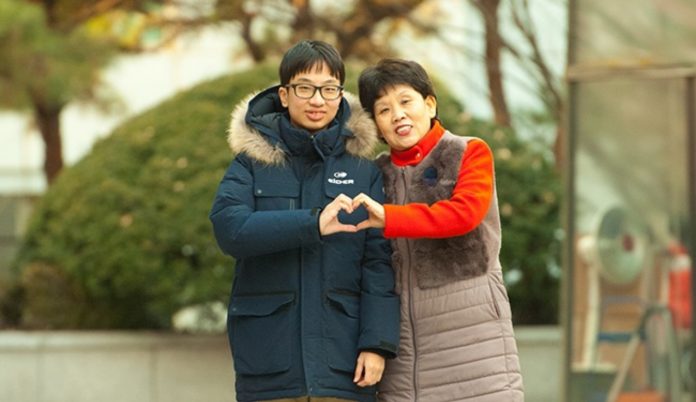 I was always around 20cm shorter than friends in my age group in Manmin Kindergarten, in elementary school, and in middle school. I was so small that my friends said I was cute and sometimes lifted me up. It hurt my pride, but I tried not to care about it because I didn’t want to be stressed out about it.

My mother Deaconess Youngmun Kim often said ‘I’m sorry’ to me and took me to the hospital several times.

I was diagnosed with dwarfism, and the doctors said that I would not grow taller because my growth plates had closed.

When I graduated from a middle school, I was 128cm tall (just over 4ft) with the weight of 28kg. Most of my friends were approximately 160cm. It seemed as though I was their youngest brother around them.

In February 2014, my mother again took me to the hospital. I stayed in hospital for five days and underwent thorough exams. The result was just the same. The doctor said I would not grow because my body didn’t produce growth hormone. I was afraid that I would stay that short even after I become an adult and would live my entire life very short.

My mother prayed for me with pity. One day, she suggested receiving Senior Pastor Dr. Jaerock Lee’s prayer. Since I had attended the church since early childhood, I had seen many members receive healing and answers to their prayer. But I had never imagined my growing taller by the prayer because my growth plates had already closed.

On January 1, 2015, after the New Year’s Service, my mother and I went to Senior Pastor and received his prayer. After the prayer, my mother prayed for me with tears as though it was her fault. She clung to God for me by praying, spreading the gospel, and fulfilling her duty well.

In February, something amazing happened to me. My mother had often measured my height. On the day, I had grown 3cm taller and was 131cm. My mother said anything is possible with the power of God and often went to Senior Pastor to receive his prayer for me with faith. In December 2016, I was 140cm tall, and in May 2017, I was 151cm tall.

In July, I hurt my waist and visited an orthopedist. There I heard something amazing again. The doctor checked my X-ray scan and asked how old I was. He added that my growth plates were open. I was healed of dwarfism by Senior Pastor’s prayer!

This served as a great experience of faith for me. I realized the love of God for whom nothing is impossible. I believe I will keep growing taller. I give all thanks and glory to the living God.