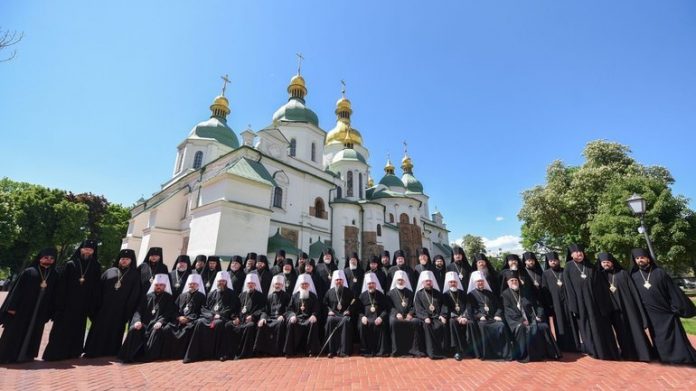 The Primate of the OCU provided these figures in his report at the Council of Bishops on May 24. According to Metropolitan Epifaniy, by all indications, the Orthodox Church of Ukraine is already one of the largest local Churches, and the unification process will only strengthen it.

“The Orthodox Church of Ukraine has been and remains the largest religious association in our state, primarily in terms of the level of self-identification of our fellow citizens and public trust. Taking into account the data of various opinion polls, we can say that approximately 75% of Ukrainian residents identify themselves as Orthodox believers, the vast majority of them being affiliated with the Orthodox Church of Ukraine. This was the case before the large-scale Russian invasion began. The tragic events of the war significantly affected the self-consciousness of the Ukrainian people, and many people opened their eyes to the true essence of the Russian World ideology, which was imposed by Russia for years to justify aggressive plans.

Unfortunately, we do not yet have a more complete sociological picture, but we can already note the main trend: during the war, the self-identification of Orthodox Christians in Ukraine changed dramatically. Before the open offensive, only 38% of respondents belonged to the OCU and 15% – to the Moscow Patriarchate in Ukraine, and 22% called themselves “just Orthodox” – this is usually the majority in the East and south of Ukraine, while in March 2022, 52% of respondents identified themselves as belonging to the OCU, 11% became “just Orthodox”, and only 4% claimed affiliation with the Moscow Patriarchate. That is, three-quarters of those who considered the Moscow Patriarchate their church at the beginning of the year rejected it in March.

Sociological data also demonstrates that already in the first month after the onset of war, more than two-thirds of respondents were in favor of a complete break in church ties between Ukraine and Moscow. There is every reason to believe that this trend has only intensified in the following months.

That said, the Orthodox Church of Ukraine is already 13 times larger in terms of support and self-identification of the faithful than the Moscow Patriarchate in our country. This is the main reason why communities leave the jurisdiction of the Moscow Patriarchate and join the unified local church and not the mythical “persecution” that the MP spokesman in Ukraine has been claiming for many years.

As of January 2022, the Orthodox Church of Ukraine consisted of 44 dioceses, which in Ukraine United almost 7,200 communities and about 80 men’s and women’s monasteries. We have 9 institutions of higher religious education, where about 1000 students study. These are 5 academies (Kyiv, Lviv, Volyn, Uzhgorod, Ivano-Frankivsk), 1 institute (Ivano-Frankivsk), and 3 seminaries (Lviv, Rivne, Dnipro). In addition, the Fedkovych Chernivtsi National University, with which the Orthodox Church of Ukraine has signed a memorandum of cooperation through the Department of Religious Education and Theological Science, has educational programs “Theology” of the first (Bachelor’s) and second (Master’s) levels of higher education.

As of January this year, more than 4,760 clergymen served in our church. We have 56 diocesan, vicar and titular bishops, as well as 3 retired bishops,” reported the Primate of the OCU.