The government committee that oversees the legalisation of churches in Egypt granted legal status to 239 churches and places of worship following a meeting on 20 April chaired by Egyptian Prime Minister Mostafa Madbouly.

The decision brings the number of churches that have been granted legal status since the committee began its mandate in 2017 to 2401.

In Egypt, churches must apply for legal status for their buildings, which in the past had to be approved by the security agencies.

However, under the Church Construction Law (Law No. 80 of 2016), which was approved by the Egyptian Parliament on 30 August 2016, the power to approve the building and renovation of churches was extended to provincial governors.

While the new law made the process less complicated, the legislation remains discriminatory as the same requirements do not apply to Sunni Muslim houses of worship, and other religious groups such as the Ahmadi, Baha’i and Shia communities, are not covered by the Law.

The release of the nine men occurred on the same day that 41 political activists were released from pre-trial detention, and days after President Abdel Fattah Al-Sisi stated that Egypt needed to engage in “political dialogue.”

CSW’s Founder President Mervyn Thomas said: “CSW welcomes the news of the legalisation of more churches, the release of the nine Christians, who we hope have been freed unconditionally, and the release of the 41 activists. We commend these efforts by the Egyptian authorities, and the personal commitment of President Sisi to improve the situation of Egypt’s Christian community, as well as to commence political dialogue. However, in the interests of justice and parity, we continue to call for the provisions and rights granted to the Christian community to be extended to include religious and belief groups that are currently unrecognised.” 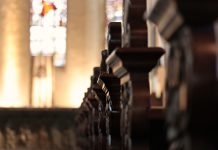