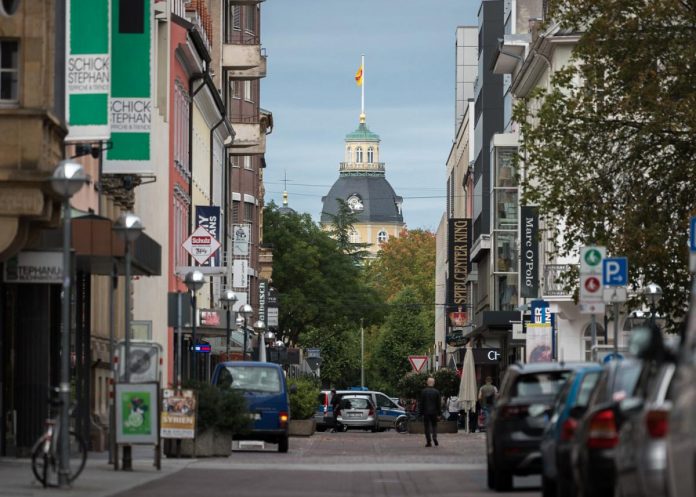 The World Council of Churches (WCC) executive committee closed its meeting after convening from 12-17 November, leaving with a sense of hope, even while publicly expressing grave concern over many global injustices facing the world today.

In her opening address, WCC moderator Dr Agnes Abuom said that those gathered can celebrate the goodness of the living God.

“As members of the WCC executive committee, we are convening after a long turbulent period for the entire humanity and not least for the WCC fellowship and member churches,” she said. “The intriguing thing is that COVID-19 is not only about struggles, but also a wake-up call for the international community to reflect on how we want and need to drive the global development agenda forward.”

WCC acting general secretary Rev. Prof. Dr Ioan Sauca, in his opening report, said he believes the almost weeklong meeting of the WCC executive committee strengthened the WCC’s discernment and decision-making. “I am grateful for the dedication and accompaniment of the leadership of the central committee and the members of the executive committee,” he said.

Sauca also reflected that the WCC has entered a new phase of work in the pandemic. “Things are opening up,” he said. “We began to travel again for in-person meetings, bringing us closer once again, but always with care for health and wellbeing.”

At a celebration for the Bossey Ecumenical Institute’s 75th anniversary, the WCC executive committee, students, WCC staff, and friends gathered to pray and sing together.

During a Sunday service, the WCC executive committee heard a sermon by Bishop Sally Dyck of the United Methodist Church (USA), who spoke on “Neighbors Everywhere.”

Dyck talked about expanding our definition of our neighbor. “Who is our neighbor and how are we called to act in love and justice?” she asked. “When it comes to climate justice, I came to realize, our neighbor is definitely near—others who experience the same drought, intense storms, fires, toxic disasters, and other environmental disasters as we do—and our neighbor is far—on the other side of the country or continent or world.”

The executive committee appealed for a fundamental conversion towards a just and sustainable future after COP26, expressing in a public statement “disappointment and dismay at the inadequate outcome of the COP26 Climate Change Conference” in Glasgow, United Kingdom.

“The science of climate change is implacable, not amenable to negotiation, and unforgiving of political short-termism,” the statement reads. “This is the last crucial decade for climate action to avoid the catastrophe long foretold.”

The executive committee expressed grave concern over recent developments in Palestine and Israel, which they noted indicate “a deteriorating situation in the region, emblematic of the many ways in which the ongoing military occupation of the Palestinian territories obstructs achieving a just peace among the people of the Holy Land, and compounded by the COVID-19 pandemic and responses to it which have resulted in further restrictions on the space for civil society action in the region.”

“Together with some international civil society organizations, Palestinian civil society has long been targeted by measures which shrink its space to operate,” said the statement, which concluded with the WCC executive committee again calling “the conscience of the world to the unremitting military occupation of the Palestinian territories and the ongoing marginalization and obstruction of legitimate Palestinian aspirations for equal human dignity and rights.”

The statement expresses grave concern over recurrences of military coups in Myanmar and Sudan.

“The military coups in both countries have been accompanied by the arbitrary arrest and detention of civilian political leaders, human rights defenders and journalists, lack of due process for those arrested, the disproportionate and deadly use of force against protestors, and restrictions on independent media and access to information…” reads the statement. “The actions by the military leaders of Myanmar and Sudan constitute an unconscionable assault on the democratic transition and on the people of both countries.”

The executive committee joined in prayer and solidarity with the churches and people of Ethiopia as they face a grave and accelerating crisis.

“The executive committee reiterates and underscores the concerns raised in its November 2020 statement regarding the political instrumentalization of ethnic differences, threatening the very fabric of the nation and the security of all its people,” reads the statement. “Again, we urge all parties to the ongoing violent conflicts to remember the extremity of suffering inflicted on the people of Ethiopia by conflict and division in the past and now.”

The executive committee welcomed the establishment of the UN Permanent Forum of People of African Descent.

“We lament the continuing and resurgent challenges of racism, xenophobia and related discrimination and intolerance, and re-affirm the commitment of the global ecumenical fellowship to the equal human dignity and rights of all people as children of God…” reads the statement. “We recognise the establishment of this Forum as a milestone in the fight against racial injustice.”

75 years of the Commission of the Churches on International Affairs

The statement noted that the WCC Commission of the Churches on International Affairs’ ministry of witness and action is critically needed.

“The new United Nations, founded in 1945, bore the hallmarks of the aspirations of the fellowship of churches that it should become an instrument of the world’s peoples, not only of the world’s powers. CCIA was created to serve as an organ in formulating the Christian mind on world issues and bringing that mind effectively to bear upon such issues, particularly in relationship with the United Nations and the new post-war system of international governance.”

The executive committee approved a strategic plan for overcoming racism, racial discrimination and xenophobia realizing that the mandate of a strategic plan could only be a mandate up until the next assembly. The acting general secretary was asked to take the content of this plan into account for the period after the assembly. The executive committee requested to add education and church programmes for children as important instruments in overcoming racism. They also underlined the importance of working with ACT Alliance on such a key topic for both ACT and the WCC. The executive committee requested the establishment of an advisory group with a mandate until the assembly.

Pilgrimage of Justice and Peace

The executive committee discussed the emerging Pilgrimage of Justice and Peace themes beyond the WCC 11th Assembly, and offered advice on the future of the pilgrimage. They reaffirmed Truth and Trauma, Land and Displacement, Racial Justice and Gender Justice as themes emerging from our pilgrimage and add health and healing to these emerging themes. They expressed that we need a broader framework for critical analysis of contemporary challenges, starting with the four global concerns mentioned in 2014 by the central committee, for our ongoing programmatic work, mentioning important programmatic areas and, in the case of gender justice and racial justice underlining the importance of these transversal themes for our programmatic work.

Diaconal work of the churches in the context of COVID-19

The executive committee discussed and approved the work of the WCC Ecumenical Diakonia Reference Group, which developed an additional resource on the diaconal work of the churches in the context of COVID-19. The executive committee also stated that the addendum should be made available to churches to use internally as a resource document. The document provides an overview of the global context, a theological reflection on churches’ response to the pandemic and the effect of COVID-19 on churches and agencies. It describes the challenges of implementing diaconal work in the context of COVID-19, potential long-term implications, and the response of the churches in serving people.

Communications in the 21st century

The WCC executive committee received the outline of work on a proposal for developing a new paper on communications for the 21st century, and asked the WCC acting general secretary to continue developing the draft paper for presentation to the central committee.The digital revolution is transforming our world and creating new ways of interacting beyond the boundaries of time and space. It offers powerful tools for living in relation with others, for inclusion, education, encounter, imagination, creativity, and understanding, as many have experienced during the COVID-19 pandemic.

The executive committee approved a proposal for WCC serving as the interim host of coordination and advocacy for the International Coalition for West Papua, a network of faith-based and civil society partners focused on monitoring, reporting and collaboration in advocacy initiatives on the human rights situation in West Papua. The International Coalition for West Papua is undergoing an organizational development review to address structural concerns. In the interim, Bread for the World has asked the WCC to act as project holder for one year to ensure the continuation of programmatic activities.

The WCC executive committee reviewed an accountability report entitled “Pilgrims on the Path of Peace: The Journey of the WCC from Busan to Karlsruhe,” affirming the revised draft and timeline, and forwarded the report to the WCC central committee for approval in February 2022.

The executive committee received and approved the programme plans and budget 2022, noting that there would be particular focus for programmes in preparations for the assembly. The pre-assemblies in 2022 would also provide inspiration and guidance for trends in future programmatic work.

The WCC executive committee received the report of the audit committee, and approved the updated internal controls’ scoping matrix, in accordance with its responsibilities under Swiss law. An amendment to the investment objectives for the general investment fund was approved.

The budget for 2022 was approved, together with the capital expenditure limit for 2022. The executive committee also approved the WCC 11th Assembly budget while noting that income includes estimates which remain to be confirmed, and which could therefore evolve  in 2022.

The executive committee approved the strategy for sale of the Kyoto land and building, as well as the parallel action to seek bridging finance, as may prove necessary for construction works currently underway.

The executive committee also considered the strategy for Stockholm, planned as an office building with six floors, to be sold by floor. Given the results of studies in relation to possible land lease, and the recommendations of the steering committee in this respect, the executive committee also approved the strategy for sale of land for the Stockholm project, which will be launched for sale in 2022 in the development phase, before delivery of a building permit.