Who blew up the spiritual shrine of the Ukrainian people and a valuable historical monument — the Nazis or Soviet saboteurs? Historians still do not have a definitive answer to this question.

Eighty years ago, on November 3, 1941, during World War II, the Dormition Cathedral of the Kyiv Pechersk Lavra was blown up in occupied Kyiv. Valuable historical artifacts disappeared from the temple, and only the seventh part of the building survived. Who is involved in the destruction of the ancient church and what rarities still survived, the story by TSN goes.

The Dormition Church, the main cathedral of the Kyiv Pechersk Lavra, was built at the end of the XI century. Over the centuries, the building was destroyed by earthquakes, completed at different times and in different styles, and was restored during Independence. However, one dome of the temple is different from the others. It is a witness and a testimony to what was done to the church in the twentieth century.

“When the cathedral was already closed for worship in the late 1920s, it was already a great tragedy, when the Bolsheviks set out to sell icons, it was also bad, but the worst thing was what happened in 1941,” says Konstantin Krainy, deputy director for research at the Kyiv Pechersk Lavra National Reserve.

In November 1941, the Dormition Church became a ruin as a result of an explosion. By that time, the Nazis had already occupied Kyiv for a month and a half.

“The Dormition Cathedral contained valuable monuments that the Bolsheviks could not take out. According to the scorched earth policy, they mined most of the sights of Kyiv,” notes Konstantin Krainy.

However, local historian Mykhailo Kalnytsky has a different opinion: he believes that this was done by the Nazis, who wanted to assign responsibility to the Bolsheviks.

In September 1941, the Germans entered Kyiv, and 5 days later buildings on Khreshchatyk begin to explode in the capital. The retreating Red Army and NKVD saboteurs mined the main buildings of Kyiv. Among them is the Lenin museum, now the Teacher’s House. The museum was cleared of mines. But there is evidence that the invaders also knew about the Dormition Cathedral.

For a long time, Soviet propaganda used a photo of a German officer to confirm the bombing of the cathedral by the Nazis. He was removing the Lavra from the Left Bank of the Dnieper river and recorded a powerful explosion. So the question is — did the photographer know if these were random shots?

To find out who was involved in the explosion of the ancient temple, a team of investigators of the 1+1 channel undertook as part of the new film “mysterious manuscripts” from the series “Ukraine. Return to own history”, which will soon be released on the 1+1 TV channel. The author of the film, Akim Galimov, traces the entire history of the Ukrainian church.

“Why Ukrainian churches were destroyed: because in fact, if you look in the context of history, a huge history of the whole state is hidden behind the church,” Galimov is convinced.

On November 3, 1941, before lunch, a Nazi ally, Slovak President Josef Tiso, is brought to the Lavra for a tour. The delegation visited the Dormition Cathedral and left the territory. Two hours later, there was first a small explosion, and then a powerful one. The cathedral was blown up.

“The Germans had the opportunity to blow up the cathedral, but I don’t see such good reasons in them. Of course, the saboteurs had reasons, but I have very big doubts about the possibility of entering the territory,” says historian Roman Kachan.

So the authors of the future film began to find out who was profitable to blow up the Cathedral packed with Soviet explosives. So the team went down to the Lavra underground passages. Scientists made laser scans to recreate the original appearance of the dungeons and find a route that Soviet saboteurs could take to the Lavra to blow up the cathedral.

But there are no written orders to destroy the church either from the Soviet side or from the Nazi side. One thing is known-the Ukrainian Cathedral and Lavra were destroyed and looted by both sides.

“The discussion continues and there are supporters of both one version and the other,” Roman Kachan admits.

Excavations of the rubble of the Dormition Church began after the war. Little was found: for example, a robe on an icon that was left in a disfigured state and a hand-embroidered shroud.

In the late 1990s, archaeologists also worked on the ruins of the church before the restoration. And the architects thought about how to preserve and show the ancient masonry and a fragment of the church that survived the explosion.

But during the same excavations, the Dormition Church revealed another secret — while sorting out the rubble and foundation, scientists came across a settlement of the Trypillian culture. The history of Ukraine on the Pechersk Hills goes back thousands of years. 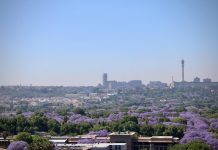 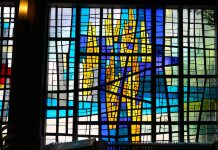