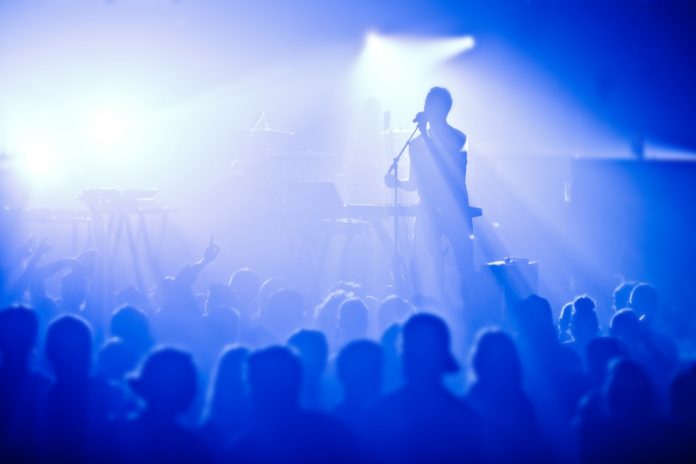 Tickets are on sale now for Premier Productions’ worship event of the summer. Join Chris Tomlin, Kari Jobe and Bethel Music’s Brian and Jenn Johnson and Jonathan and Melissa Helser as they share the stage on tour for the first time ever this summer. Dante Bowe and Brandon Lake of Bethel Music will join the tour for select dates, as well as Josh Baldwin, David Funk and Emmy Rose of Bethel Music.

“Everything about this tour is fresh and new,” shared Tomlin. “I have such a grateful heart to be able to get back to worshipping in person again after taking such a long pause. This combination of worship leaders brings so many wonderful songs to the show. Each night will be a tangible experience of God as we worship alongside the church and share in a little touch of heaven.”

Chris Tomlin, Kari Jobe and Bethel Music are set to re-ignite the flame of passionate worship in believers of all ages after almost 15 months of not having worship services. The leadership of Tomlin, Jobe and Bethel Music will take concert goers on a journey of rejoicing and trusting in God as their faith in the Gospel is stronger than ever after one of the hardest seasons ever endured.

“There is nothing comparable to worshipping with people in person again,” Jenn Johnson of Bethel Music added. “We are so excited to lead worship with our friends and hear 10,000 people worship God together.”

“I love getting to be with my friends leading worship,” said Jobe. “There will be so many dynamic moments of passionate, vulnerable and intimate worship. This tour is going to be filled with many powerful nights packed with the encouragement we all need during this season of life.”

“It is so special to see songs go from intimate moments with God to them filling up a room with worship,” said Cody Carnes. “This tour is going to be so powerful. All of the leaders that are coming together have never come together like this. We are so excited to sing the songs that have come out of the past year live with everyone.”

This worship tour marks the beginning of a season full of hope. These leaders will share one stage, leading in one voice and lifting up one name as fans come to celebrate the ability to gather and worship together. The 13-city amphitheater tour will kick-off on August 13 in Cedar Rapids, Iowa and will stop in Oklahoma City, Okla., Austin, Texas, Charlotte, N.C., before the final show on Sept. 3 in Jacksonville, Fla.

Tickets are on sale to the public now. For a full list of tour stops and all other tour information, visit https://arep.co/t/chris-tomlin–kari-jobe–bethel-music.

About Premier Productions:
Founded in 1996, Premier Productions has sold over 20 million tickets to patrons. Premier has been a Top 20 global promoter and has produced more than 2,000 concerts and events in the past five years. Pollstar named Premier the #1 faith and family independent promoter in the last 10 years. Producing events that move the soul both nationally and internationally, Premier is proud to have helped raise more than $271 million to improve the lives of children and communities in 100+ countries worldwide. Whether it’s a large multi-day festival, sold-out concert or intimate conference, Premier seeks to positively impact the lives of every attendee so they leave encouraged, happy and hopeful. Premier is currently promoting acts including Hillsong UNITED, Dude Perfect, Lauren Daigle, Hillsong Worship, Baby Shark, Casting Crowns, Chris Tomlin, Sadie Robertson, Elevation Worship, Kari Jobe Bethel Music and many more.

About Chris Tomlin:
As one of the most successful Christian touring artists today, Chris Tomlin has sold-out venues everywhere including New York City’s Madison Square Garden, Hollywood Bowl in Los Angeles, Nashville’s Bridgestone Arena, Red Rocks in Denver and more. This summer, the GRAMMY® award winner will celebrate with a new amphitheater tour and the release of new music, Chris Tomlin & Friends [Summer EP], out July 2. It is estimated that 20-30 million people across the world sing one of Chris’ songs every week in church services in nearly every language. Time magazine heralded him as the “most often sung artist in the world” as his music has inspired and uplifted an entire generation of believers. Along the way, Chris has scored 17 #1 one singles at radio, placed 29 top ten hits (more than any other Christian artist), sold more than nine million albums with 4.5 Billion career global streams, earned a Grammy, three Billboard Music Awards, more than 25 Dove Awards, became a two-time BMI Songwriter of the Year honoree and an ASCAP Songwriter of the Year. In 2016, he was named one of only four artists ever to receive the Sound Exchange Digital Radio Award for over 1 Billion digital radio streams, alongside Justin Timberlake, Pitbull and Garth Brooks. Chris is also the first Christian artist to reach the Billion streams threshold on Pandora and was presented with their BILLIONAIRE award.

About Kari Jobe:
For more than two decades, well-respected worship leader Kari Jobe has been using her gifts to lead people into the presence of God. When she began leading worship at age 13, she never imagined she would be nominated for a GRAMMY®, win multiple Dove Awards, have a RIAA Gold Certified single, or be praised by the New York Times. She has sold more than 1.4 million albums (TEA) in her career and has more than one billion career streams. Originally from Texas and now residing in Nashville, she tours the country with her husband Cody Carnes and their two boys, Canyon and Kingston, and they both serve at their home church The Belonging Co.

About Bethel Music:
Bethel Music is an 11-time Dove Award-winning and GRAMMY®-nominated Christian worship ministry formed as an extension of Bethel Church in Redding, California. Beginning in 2001, Bethel Music has grown from a local church music ministry to a global outreach comprising a collective of songwriters, artists and musicians. In 2019, Billboard named Bethel Music among the top record labels in Christian music.

To date Bethel Music has released 15 corporate worship albums, seven of which reached Billboard’s Top Christian Albums chart, each carrying a unique expression of worship to inspire and unite the global church. Along with the label’s 11 Dove Awards, “This is Amazing Grace” was named ASCAP’s Christian Music Song of the Year in 2015, with Cory Asbury’s “Reckless Love” earning the same honor in 2019. “Reckless Love” was also nominated for a 2019 GRAMMY® Award and was Billboard’s fourth most popular Christian song of the decade.

About Cody Carnes:
Cody Carnes is a worship leader who is passionate about creating space where innovative artistry and authentic worship can collide. As a songwriter, he’s penned powerful church anthems like “Nothing Else,” “Run To The Father” and “Christ Be Magnified,” which are all part of his Grammy Nominated record title Run To The Father, which released in March 2020 (Capitol CMG). He’s also co-written numerous songs recorded by his wife, GRAMMY-nominated Kari Jobe including the global hit “The Blessing (Live).” His most recent release “Too Good Not To Believe,” featuring Brandon Lake is a true testimony song! Originally from Texas and now residing in Nashville, he often tours the country with Kari and their two boys, Canyon and Kingston, and they both serve at their home church The Belonging Co. 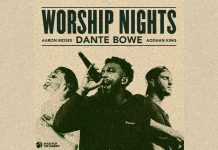 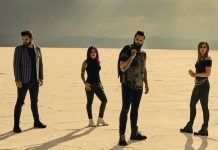 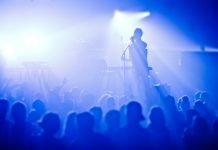 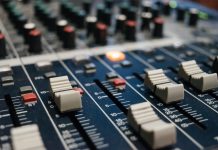 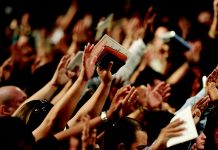