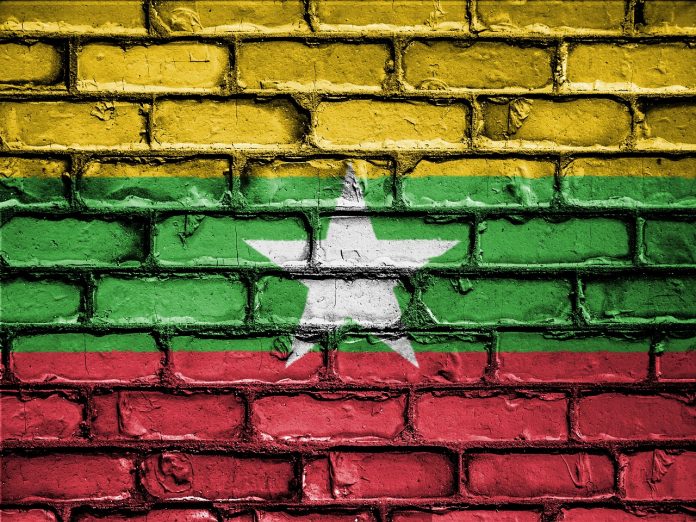 Pope Francis will preside at a Mass for Rome’s Burmese community on May 16, as the death toll continues to rise following February’s military coup in Burma.

The Holy See press office announced May 3 that the pope will celebrate Mass in St. Peter’s Basilica for Burmese Catholics living in the Italian capital. The Mass will take place at the Altar of the Cathedra at 10 a.m. local time on the Solemnity of the Ascension.

The announcement came a day after Pope Francis once again expressed concern about the Southeast Asian country, officially known as Myanmar, where security forces have fired on people protesting against the Feb. 1 coup.

The advocacy group Assistance Association for Political Prisoners estimates that 766 people have died in the crackdown.

Speaking after the Regina Coeli on May 2, the pope said: “We have entered the month of May, in which popular piety expresses devotion to the Virgin Mary in many ways. This year it will be marked by a prayer marathon involving important Marian shrines, to implore the end of the pandemic. Yesterday evening was the first stop, in St. Peter’s Basilica.”

“In this context, there is an initiative that is very close to my heart: that of the Burmese Church, which invites us to pray for peace with a Hail Mary for Myanmar in our daily rosary. Each of us turns to our Mother when we are in need or in difficulty; this month, we ask our Mother of Heaven to speak to the hearts of all leaders in Myanmar so that they may find the courage to walk the path of encounter, reconciliation, and peace.”

Pope Francis has repeatedly called for harmony in the country, which has a population of 54 million people and borders Bangladesh, India, China, Laos, and Thailand. He became the first pope to visit the Buddhist majority nation in November 2017.

At his general audience on March 17, the pope referred to an image circulating on social media of a Catholic nun in Burma kneeling before police, begging them not to attack protesters.

He said: “I also kneel in the streets of Myanmar and say: ‘Stop the violence.’ I too stretch out my arms and say: ‘May dialogue prevail.’”

The pope made an appeal to the international community on March 3 to “ensure that the aspirations of the people of Myanmar are not stifled by violence.”

In a speech to diplomats accredited to the Holy See in early February, he expressed his wish that “the path towards democracy taken in recent years by Myanmar may be resumed through the concrete gesture of the release of the various political leaders imprisoned.”