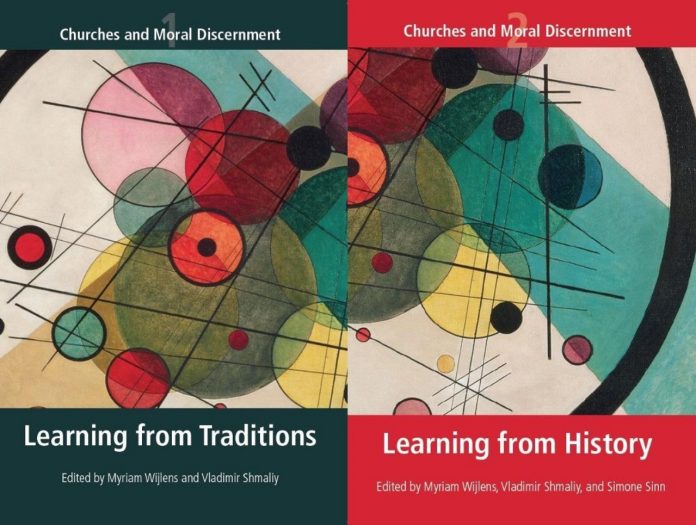 Current tensions within and between churches are often the result of disagreements over moral issues. Churches thus face challenges to preserve unity and meet obstacles to restore unity. Seeing the urgency of the matter, the World Council of Churches’ (WCC) Faith and Order Commission took up the task to assist the churches in finding a way to deepen mutual understanding leading to dialogue. Its study group on moral discernment presents two publications.

They are the fruit of a multilateral ecumenical study process that includes scholars and church leaders from different traditions: Eastern Orthodox and Oriental, Roman Catholic, Anglican and Old Catholic, as well as diverse Protestant and Pentecostal.

“Churches and Moral Discernment. Volume 1: Learning from Traditions,” provides self-descriptions on how 14 different church traditions engage in moral discernment processes. Each one reflects on the sources they use, how these sources interplay with each other and who actually participates in the process.

“Churches and Moral Discernment. Volume 2: Learning from History,” examines concrete historic examples where churches have modified or changed their understanding of a specific moral issue. They examine the occasions for and criteria of changes within traditions. Expert historians, theologians, and ethicists examine usury, slavery, freedom of religion, marriage, suicide, as well as church – state relations and Christian involvement in war and in peace-building. The contributions display similarities and differences in the ways in which churches have approached these challenges in the past.

Rev. Dr Susan Durber, moderator of the Faith and Order Commission, said that this particular aspect of Faith and Order’s work responds to a really urgent and deeply felt need among the churches as they wrestle with painful divisions. “The ecumenical pilgrimage always demands listening to others with close attention,” she said. “These two publications invite you first to listen to those who can tell you, from the inside, what it’s really like to respond to the call of Christ upon your life from within a tradition – and then to listen carefully for the lessons we can find in our history about how churches have responded when differences on moral issues arise. When the questions we face today feel sometimes intractable and difficult, it is wonderful to find that we have resources already with which to understand each other more fully and to learn wisdom. These two publications are a true gift to the churches in our times.”

Myriam Wijlens, a Dutch Roman Catholic professor of canon law at the University of Erfurt (Germany) who is a co-editor of both volumes, said: “The two volumes are truly unique in that they present in a fascinating way the commonalities and differences between how up to 14 traditions engage in moral discernment as well as why and how they actually changed their view on a given issue that occurred in the past. The studies offer a true and rich learning process for all.”

Vladimir Shmaliy associate professor of MEPhI University and associate professor of systematic theology of the ROC Post-graduate School, also a co-editor said: “These two volumes represent on the one hand a continuation of the comparative methodology proposed in the Faith & Order study ‘The Moral Discernment in the Churches’ with its particular emphasis on a descriptive approach (Volume 1). On the other hand, in Volume 2 a new step has been taken towards the development of an analytical methodology for the study of causative factors that lead to modifications or changes in moral judgments in a diachronic perspective in the context of specific Christian traditions.”