Today, 9 July, marks the fifth anniversary of China’s infamous 709 Crackdown, in which over 300 lawyers, human rights defenders, and their colleagues and family members were detained, interrogated or imprisoned.

The 709 Crackdown, named after the date on which it started, is regarded as one of the worst crackdowns on human rights defenders in China’s history. Released lawyers and activists detained in the crackdown have given accounts of horrific physical and psychological torture, and many have subsequently been placed under de facto house arrest, with significant restrictions on their freedom of movement and freedom of speech.

Those detained in the crackdown include Wang Quanzhang, who spent nearly five years in prison before his release in April 2020, and Li Heping, who was released in May 2017 after nearly two years in prison. In both cases, as in many others, the activists were initially held incommunicado and their families and loved ones had no knowledge of their whereabouts or status.

In the aftermath of the crackdown, pressure on human rights defenders, lawyers and activists has continued to increase, with some forced to scale back their work on ‘sensitive’ cases or leave the profession entirely. Many lawyers have lost their licences, leaving them unable to continue their vital work.

In a blog published to mark the crackdown’s anniversary, one human rights activist told CSW: “China’s human rights road is still full of thorns, and the number of human rights defenders is far from enough… The road to human rights is a long one. Although it is difficult and quiet, it is a path that leads to light. May more and more Chinese people wake up and join the community of human rights defenders, so that the spirit of freedom, democracy and the rule of law can soak into the land of China. We need to work together.”

CSW’s Chief Executive Mervyn Thomas said: “9 July will forever be remembered as a dark day in the history of China’s human rights community. Five years on from the 709 Crackdown, the situation for human rights defenders remains highly precarious while their work remains as essential as ever in light of the ongoing deterioration of human rights under Xi Jinping. We call on the international community to continue to stand with those who bravely defend human rights in China, holding China to account for its treatment of human rights defenders and raising key cases with the country at every opportunity.” 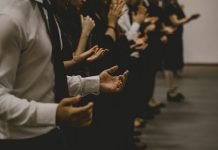 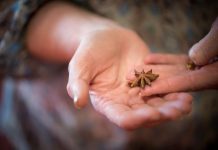 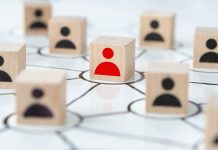 When a Pastor’s Family Member Has Mental Health Issues