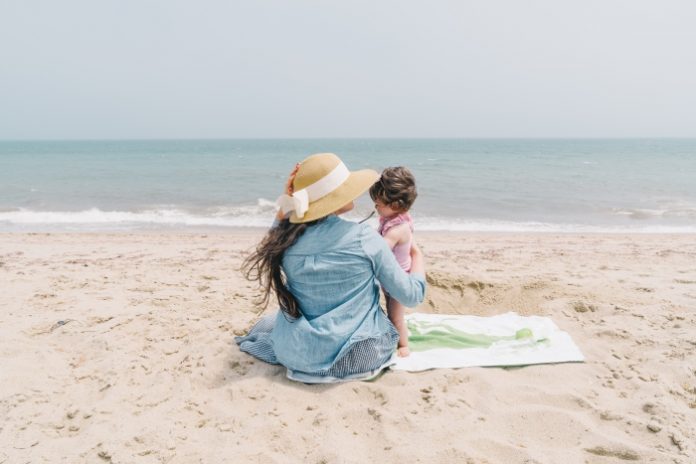 Mother’s Day is going to look different for most families this year, due to the coronavirus pandemic.

For Catholics, some churches are in the process of slowly re-opening public Masses, but the dispensation from the Sunday obligation continues to stand, as the virus has not gone away and a cure or vaccine has yet to be found.

While most Catholics are eager to return to Mass, a small group of Catholics are relieved that they will not be sitting in a public pew this Mother’s Day.

“We actually heard from one woman who said, ‘I kind of feel badly about saying this, but I’m sort of glad that we won’t be in the pews this year for Mother’s Day,’” Ann Koshute, founder of Springs in the Desert Catholic ministry, told CNA.

“That’s something that we hear and that everybody I think on the team has experienced at one point in this journey,” she said – the desire to avoid Mass on Mother’s Day. That’s because Koshute, along with other members of her ministry, have had painful experiences with infertility, and the customary Mother’s Day blessing given to mothers at many parishes that day can bring their grief and sense of loss poignantly to the fore.

The pain of infertility, and the lack of resources available to Catholics on the subject, was why Koshute and her friend, Kimberly Henkel, founded Springs in the Desert, a Catholic ministry to spiritually and emotionally support women and couples experiencing infertility and infant loss. Originally, Henkel and Koshute, who have both experienced infertility, thought they might write a book. But they decided to start with a ministry website and a blog that could bring people together and allow for other women and couples to share their experiences. The group is relatively new, and held its first retreat in Philadelphia in December. They were set to hold a second one this weekend – Mother’s Day weekend – in the Diocese of Fort Wayne-South Bend, when, well, the pandemic hit.

Now, they’ve moved the retreat online and opened it up to Catholics across the country – and they’ve been overwhelmed by the response.

“We thought that we would be really excited if maybe a couple dozen people found out about it and came. We are over 100 participants now. And it’s free and it’s going to be available all weekend,” Koshute said. The retreat is trying to address the emotional and spiritual experience of infertility and loss for a broad range of people, Henkel said – from mothers who have miscarried, to women who are past child-bearing years and still grieving the loss of infertility, to women “who feel like their biological clocks are ticking and just haven’t met the right guy.” But now that it’s a virtual, pre-recorded, watch-at-your-leisure retreat, it also has the potential to reach a population that is often more reluctant to gather in groups and talk about their experiences of infertility: men. “It’s mostly women who are emailing us (about the retreat), although we know that many of their husbands will watch with them. But we’ve also had a few men email us,” Koshute said.

“One in particular, it just really touched my heart. And he said that he was searching the web for help for his wife on Mother’s Day. And I was just so filled with praise and thanksgiving to God for that, for a husband to see that hurt in his wife and to want to find a way to help her,” she added. Men and women typically experience the grief of infertility quite differently, Koshute noted. “For us women, it’s so visceral because life is conceived within us and we carry that life. But for a man, it’s so different,” she said.

“(Men are) kind of distant from that experience until the child is actually born. And so I think many times men, the grief and the burden that they carry is their wife’s. They really carry her sadness and I think feel at a loss because they want to make everything right. They want to fix this, and they want to make her whole. And the mystery of infertility is that it’s not that simple. And that’s one of the things that makes it so difficult,” she said. Henkel said she experienced her own difficulties in trying to discuss infertility with her husband. Now that they’ve experienced the joy of growing their family through adoption, she said, he is much more open to inviting other men to share their experiences. Henkel said she is hoping that an additional benefit of this retreat being online is that it will facilitate discussions between couples watching the videos together. Both Henkel and Koshute said that while the experience of infertility and loss is painful, and they want to help couples acknowledge and accept that pain, they also want Springs in the Desert to be a positive and supportive experience for couples and women, where they can find hope and redemption even in their suffering. One of the topics they focus on is how all women are called to motherhood in their lives, whether it is spiritual or biological.

“My experience has shown me that my motherhood is really engaged in so many ways that I never considered before,” Koshute said.

“Not just with my godson or with other children in my family, but with women who are older than I who are friends and who might come to me with a difficulty or problem and I can help them,” or by helping family members in need or through charitable works, she added. “That’s one of the messages that we try to get across to women and to couples as well, that those kinds of things, what we would maybe refer to as spiritual motherhood, is not illegitimate,” she said.

“It’s not second-place. It’s a real way of engaging and living out our motherhood. It’s also not a replacement for a baby. So it’s not as if you go out and volunteer in your community and now you won’t have this longing for a child anymore. But we’ve really found through our own experience and through talking with other women that the more we kind of put ourselves out there and give ourselves to others, the more that we can begin to see that motherhood enacted in us.”

Henkel said she also likes to encourage couples to look at the ways God is calling them to be fruitful in their marriages outside of biological children.

“We really encourage these couples that they are not forgotten, they’re not being punished. That God loves them so much and that he has something amazing for them. He’s using this to draw them near to him and to allow them to cry out to him and ask for him to guide them, to lead them, to give them his love and show them what fruitfulness he has for them, what place in ministry and mission he has for them.” Henkel and her husband in particular like to share with couples their experience of foster care as one example of where God might be calling them to be fruitful. After a frustrating and expensive experience with some adoption agencies, Henkel and her husband decided to look into giving a home to children through foster care.

“Here is a situation where these children really need families,” she said. “It’s hard because there’s no guarantee you’re going to get to keep this child, so there’s a sense of this new greater level of having to learn how to trust God.” “I think that with a couple discerning that fruitfulness, it’s also discerning – where is God really calling you? There’s so much need in this world. And he wants to use us.”

“There’s a place for you in Springs of the Desert,” Henkel added. “There’s so many women who have reached out to us in Philly. We added several more women to our group, to our team, our official team, women who came to the retreat. One woman had come there and she said she had had a miscarriage, and neither one of us has experienced that. So we said, please join us. We want your voice.”

“We’re trying to really bring the voices of many different women to our team so that people will feel there is somebody that is talking they can really relate to. Because there are all of these different situations, but they’ve got obviously a very similar undercurrent.”