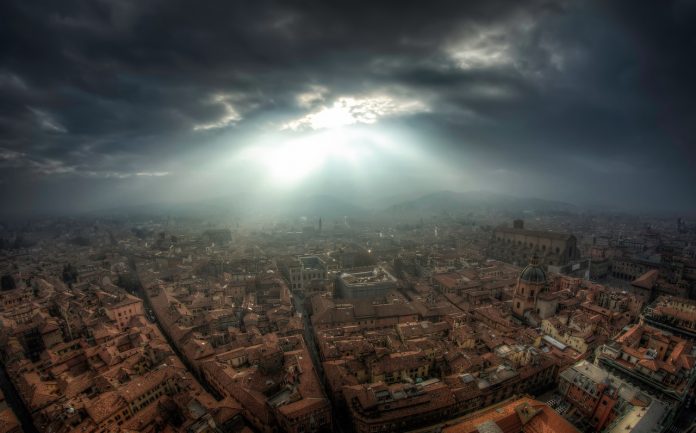 Young adults from the Archdiocese of St. Paul and Minneapolis are accompanying their bishops on their ad limina visit to Rome this week, joining them at “the threshold of the apostles.”

The 25 young Catholics are in Rome Jan. 10-18, visiting the city as Archbishop Bernard Hebda and Auxiliary Bishop Andrew Cozzens make their “ad limina apostolorum” visit to the pope and Vatican with the other bishops of Minnesota, North Dakota, and South Dakota.

“It’s really been incredible, it’s been fun to pray for [the bishops] as they meet with the Holy Father, to hear about their experiences,” Maddie Schulte, 23, told CNA.

On Jan. 15, the young adults – ranging in age from 21 to 34 – had their own opportunity to greet Pope Francis after his weekly general audience.

Enzo Randazzo, who organized the pilgrimage, works in the archdiocese’s evangelization office. He said St. Paul and Minneapolis have been blessed with a vibrant young adult community and seen a lot of fruit come from that ministry.

“We are here representing the people [Archbishop Hebda] shepherds back home,” Randazzo, 30, said.

During an ad limina, which typically takes place every five years, diocesan bishops prepare a report on the state of their diocese, which is presented to Pope Francis and to various offices inside the Vatican.

The bishops also celebrate Mass at the tombs of the apostles St. Peter and St. Paul, and at the other two major papal basilicas. The young people have been present at each of these Masses.

“We really appreciate the fact that they are accompanying the bishops,” Archbishop Hebda told CNA. “They’ve really dedicated themselves to praying for Pope Francis and praying for us in the course of this ad limina. Just to have them at these ad limina liturgies is beautiful.”

“They’re young people with such hope, such joy, it’s a real pleasure to be with them,” he said.

Hebda and Cozzens have also joined the pilgrim group for dinners and on a daytrip to Assisi.

Twenty-two-year-old Mitchell Kohler said the bishops have taken the time to sit with them and listen to what they have to say.

“They’ve been very present throughout the pilgrimage. While they’ve had their own work to do, they’ve been having dinner with us, spending time with us, making sure to connect with us and show that as young adults from the archdiocese we are very valued,” he noted.

Schulte said the “succession of Peter” has come to life for her during this trip.

Fr. Tim Wratkowski, a newly ordained priest of the archdiocese and former student at the Pontifical North American College, has been present as chaplain.

Also taking part is Will Herrmann, 30, a convert who joined the Catholic Church at the Easter Vigil in 2019.

He said that as a young adult, he sometimes feels lonely in his faith, so he has appreciated the bishops’ efforts to be present during the pilgrimage, as well as the chance to build community with other young adults passionate about their faith.

“This community aspect has been wonderful,” he said. “I hope that I can really serve [the bishops] when we get back to the archdiocese, whether that’s directly through anything they ask of me or indirectly through my parish and the work I do locally there.”

From a Lutheran background originally, Herrmann said coming to Rome and encountering the saints has felt “like meeting the family, meeting all the relatives.”

“Some I’ve heard of; some I’ve never met… Just really feeling like I belong the more I’m here.”