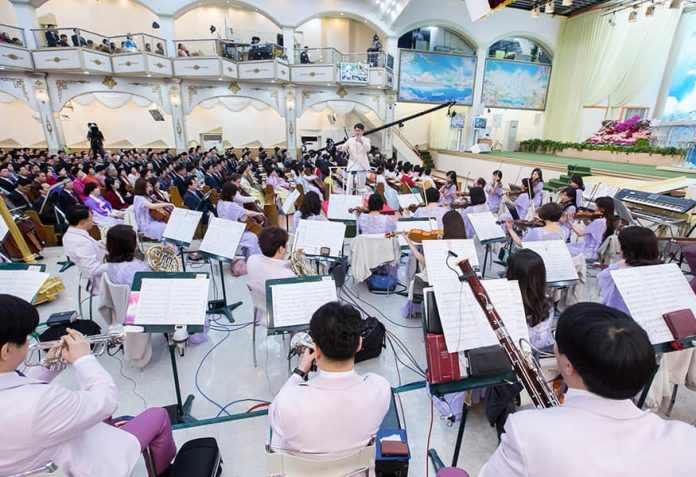 The lunch time concert has been held for the church employees since 2011.

They played Gloria by W. A. Mozart, Harp Concerto in B Flat Major by Handel, Air On The G String by Bach, The Typewriter by Leroy Anderson, and What a Wonderful Change in My Life by Charles H. Gabriel.