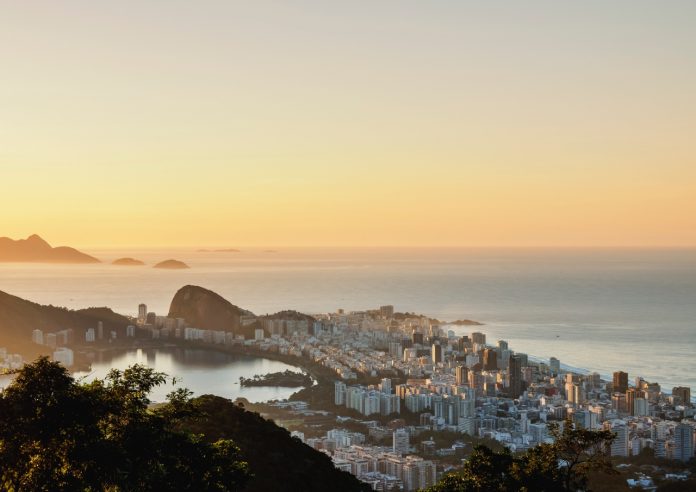 One month after a dam near an iron ore mine in Brumadinho, Brazil, burst its barrier, flooding another dam down below, churches have been actively working in the area, comforting hundreds of families in grief and joining hands with the public agents who are offering humanitarian relief to the people in the region.

The incident is the deadliest mining disaster in the country, with around 300 people feared dead. The dam, inactive at the time, had been used to hold back a sludge byproduct from iron ore mining.

The torrent of sludge cut through the dam’s complex, nearby farms and the neighborhood where many of the workers live, destroying houses and vehicles. The number of identified deaths from the tragedy has risen to 179 and, according to the Civil Defense, 131 people are still missing.

After hearing about the tragedy, Juliana Silveira (Derretine), a young member of the missionary group “Jovens com uma Missão” (Youth with a Mission), from the Methodist Church of Brazil, decided to leave São Paulo and travel to Brumadinho and make herself available to help in any way she could.

After three weeks working together with other volunteers, screening donations that arrive from all corners of the country, she has witnessed sorrow, anger, despair and hope.

“It is in the daily circles of prayers that we organize with the locals and the volunteers that we witness the dense mix of feelings that each person is living here”, she says. “We hear from children who lost their parents, and parents who lost their children; we hear from the firefighters and civil defense workers about how tired they are of looking for bodies of victims under tons of mud everywhere and how each corner of the tragedy makes them think about the fragility of life and how difficult it is to bring hope when all you see around you is death and destruction”, said Juliana.

Although the full story will only gradually emerge and hopefully hold those responsible for this tragedy accountable, examples of solidarity arise from different parts of the country.

Rev. Nilton Giese, from the Evangelical Lutheran Church of Brazil, serves in a congregation in Belo Horizonte, the capital of the state of Minas Gerais, where Brumadinho is located. He has been directly involved in a campaign that called for members of the church from different parts of Brazil to send letters to the families of Brumadinho.

“One of the important things in the process of consolation to the victims is solidarity. Even if we are not physically there, we could help by sending a letter, a short message or a card to one of the victims of the tragedy”, he said. “It was important that those messages were handwritten. On February 9, we held a worship service in Brumadinho and we delivered the letters – randomly – at the time of the blessing”, added Giese.

Also in Belo Horizonte, the first congregation of the Independent Presbyterian Church of Brazil has been receiving donations for the victims of Brumadinho.

The mine that burst in Brumadinho is owned by Vale SA. This is the second such incident at one of its mines in three years.

Built in 1976, the dam was used to hold residue from the mine, which is feared to contain harmful chemical substances. The rupture released a sea of 12 million cubic meters of muddy sludge sliding towards the town of Brumadinho, eventually covering an area of around 1,500,00 square meters.

The United Nations special rapporteur on toxics, Baskut Tuncak, has called for an inquiry into the toxicity of the waste and urged the Brazilian government to take immediate precautionary measures.

Members of the World Council of Churches in Brazil advocate that both humanitarian and advocacy work should lead to a common agenda of environmental commitment, keeping vigilance so that people receive adequate assistance and indemnification from the responsible company.

Life August 11, 2020
As the COVID-19 pandemic shows signs of slowing down and then accelerating again—like a perilous roller coaster ride--an apologist, who has worked...

Church August 11, 2020
Following an explosion that killed more than 150 people in Beirut, international Catholic groups have responded by providing health services and necessities...