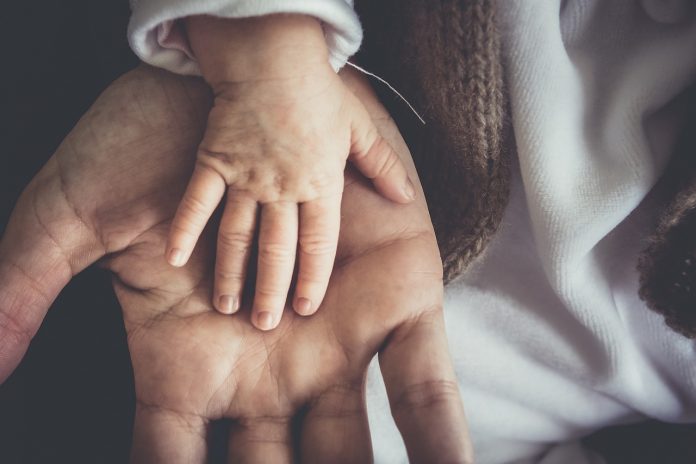 The most famous sermon ever recorded in the history of humanity is the “Sermon on the Mount” in Matthew 5-7. In this text, we find the greatest sermon from the greatest preacher, from the most astute theologian, from the most capable scholar, and we should take note. What we find in this one powerful sermon is an exposition of God’s law on various different topics.

The entire emphasis of the Sermon on the Mount is focused on “true righteousness.” The righteousness that comes only through Jesus Christ.

True righteousness can not be worked up through the flesh of man, the heart of man, the mind of man, or the works of man.

Genuine righteousness of Christ is only attainable through grace which comes only in Jesus Christ. He is the source. Through Christ—a person can have the blessed life now as they look forward to having a blissful life for eternity.

In Jesus’ sermon, he makes a very emphatic statement about peace. He states, “Blessed are the peacemakers, for they shall be called sons of God” (Matt. 5:9). The word peacemakers is “εἰρηνοποιός” in the Greek, meaning, “to endeavor to reconcile persons who have disagreements, making peace.” The abortion industry is not a peaceful industry. In an urbane culture full of technological advancements and governed by laws that protect the dignity of human life—we at the same time protect the industry that legally butchers little unborn babies based on the “rights” of the mother and her choice. Is supporting the abortion industry the fruit of peacemaking or is it the fruit of depravity?

Many people throughout the world claim to support the right of women to choose, but they at the same time claim to be children of God. However, Jesus said, unless you’re a peacemaker, you cannot be called a son of God. In other words, you prove that you are not a true Christian. Since Roe v. Wade in 1973, more than 60 million babies have been murdered under the banner of women’s rights and freedom. When blood is shed in the womb of a mother through abortion, it proves that the industry is waging war in the womb rather than laboring to protect the unborn and fight for peace. When read in Galatians 5:21 that those who practice orgies will not inherit the Kingdom of God, that makes sense on many levels. But, those who practice abortion and support abortion are to expect the gates of glory to open wide to receive them? Jesus said, “Blessed are the peacemakers, for they shall be called sons of God.” The opposite is, “cursed” are those who refuse to be a peacemaker, such a person will not be called a son of God.

Yet, there is a massive disconnect when it comes to the law. If a person is sending a text message while driving and causes an accident that results in the death of an unborn child – the one responsible can be subject to 10 years in jail and a $20,000 fine. In 39 states across the United States of America—you can get an abortion at or later than 24 weeks (6 months). How can one law acknowledge life while other laws refuse to acknowledge that a baby’s death in the womb is murder? Consider the fact that statistics show where 92% of all babies diagnosed with Down Syndrome in the mother’s womb in the United Kingdom are aborted. Compare that to 90% of all babies diagnosed with Down Syndrome in America.

Stop supporting an industry that is waging war on the unborn while claiming to be a peacemaker, for you will not be called a child of God. When national leaders claim to be followers of Jesus, but they refuse to follow Jesus—it demonstrates their false conversion. A politician may choose to use Jesus to appeal to a specific number of Christian voters, but how that individual leads and the policies that are supported will validate or invalidate their claims regarding Christianity. Jesus made it abundantly clear, “If you love me, keep my commandments” (John 14:15). Howe many people who claimed to be followers of Jesus will one day be cast into hell by Jesus who claims to have never known them (see Matt. 7:21-23)?

According to Planned Parenthood, they are present and active on more than 200 college campuses across the United States. They have a chat system that has been successful in reaching out to college students during moments of crisis. According to their reports, they have reached out to more than 125,000 students just in one year after instituting the texting program. In other words, Planned Parenthood wants to talk with your daughter or granddaughter. Will you stand with Jesus as a peacemaker or will you stand with Planned Parenthood and the culture of death? If being a peacemaker is “to endeavor to reconcile persons who have disagreements, making peace,” to refuse to make peace between a mother and her unborn child or a doctor and the unborn baby of an expectant mother is a clear violation of what Jesus has called us to do.

For those who wish to be a friend of the world will make themselves the enemy of God (James 4:4). Only those who have experienced the peace of God can become peacemakers (Rom. 5:1; 2 Cor. 5:17). Until then, no person will desire to strive for peace and labor in this world of depravity to be a peacemaker for the glory of God. When a person has tasted of God’s mercy, received a new heart at conversion, and been reconciled to God—then that individual will desire to be a peacemaker.

How can you be a peacemaker in regard to abortion?

Support women’s centers that provide counsel, ultrasounds, and adoption options.
Support the adoption causes within your local church or in parachurch ministries.
Talk openly with your daughters and granddaughters about the need to choose life.
Refuse to support politicians who protect the abortion industry and help fund it through Planned Parenthood.
Help mentor young ladies in your local church.
Volunteer at women’s centers / pregnancy resource centers in your community.
Volunteer at abortion centers with groups of Christians who preach, counsel, and plead with pregnant mothers to not enter the building.
Jesus was prophesied as the Prince of Peace long before his birth (Is. 7:14). At his birth, he was said to bring peace (Luke 2:14). Only in Christ can a person have true peace (Rom. 5:1). One day when Christ returns, the lion will lie down with the lamb and there will be no more death (abortion) as God ushers in eternal peace (Rev. 21). The Bible calls us to be committed to life and and it outlaws murder (Ex. 20:13). The Scriptures declare the doom of murderers stating that they do not have eternal life abiding in them and that they will not inherit the Kingdom of God (1 John 3:15; Rev. 21:8). If this describes you—turn to God and be reconciled to him today by faith in Jesus Christ.