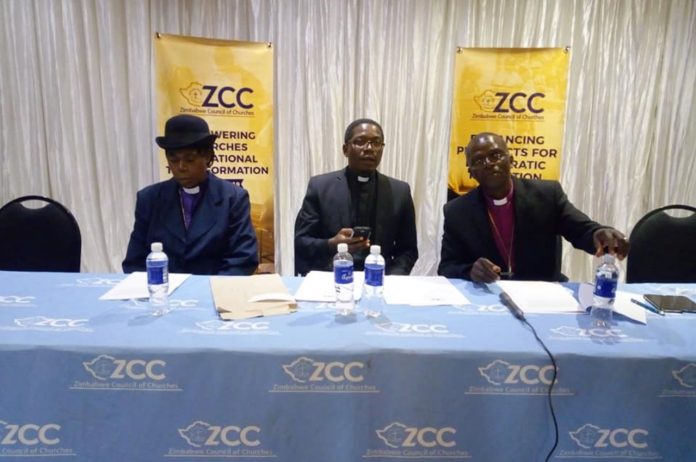 After important parliamentary and presidential elections this week in Zimbabwe, followed by deadly violence in the capital city of Harare, the Zimbabwe Council of Churches (ZCC)  has recognized the conclusions of the Zimbabwe Electoral Commission, supported careful review of the polling results and urged patient efforts at national reconciliation.

“At this crucial moment in Zimbabwe’s national life,” she said, “we praise the constructive and deliberative role that the churches and the ZCC have played in this national élection process and it’s aftermath, and we pray that all Zimbabweans will take to heart their plea for peaceful resolution of election disputes.” Phiri added “the statement of the ZCC is powerful and speaks the truth to both the powerful and powerless in a context of national anxiety”.

“So much is at stake not just in these elections but also in how they are adjudicated,” she said, “and it is up to political leaders to act responsibly, to respect the mechanisms for challenging the results, and to avoid any excuse for or encouragement of further violence. Zimbabwe’s future depends on it.”

Acknowledging that the first free elections in 37 years  “marked the end of a critical stage in what has been a highly contested and emotive electoral process,” the ZCC also addressed the prevailing post-election tensions as leaders of the MDC Alliance and presidential challenger Nelson Chamisa disputed the commission’s announced results, overwhelmingly favoring the long-ruling ZANU-PF party  in the parliamentary contests and affirming the election of President Emmerson Mnangagwa.

The opposition on Friday rejected the accuracy of the vote count, labeled the results corrupted and vowed to pursue all legal and constitutional measures to challenge it.

While the ZCC recognized that the electoral results were consistent with those announced by outside electoral observers, it also acknowledged flaws and shortcomings in the process and called for careful and transparent review of the polling data.

In the meantime, they urged security forces to act within their lawful mandate, political parties to be patient with the process of electoral review, and Zimbabweans of all parties to work together for reconciliation.

“Throughout this process the church mobilized millions of its members to participate in a prayerful, informed and peaceful manner. The Church will continue in like manner as Zimbabwe charts its way forward towards unity, peace, justice and prosperity,” the ZCC’s post-election statement said.

“From the announced results we note with deep concern that our nation is deeply divided. The deepening polarization between urban and rural voters, younger and older voters, as well as richer and poorer voters requires urgent redress through a holistic process of nation building and envisioning. The cry of different sectors of our population requires both a pastoral and prophetic response.”

The ZCC’s post-election underlined “We ask you to create avenues for inclusive dialogue and engagement as well as to heed the complaints raised by the MDC Alliance. The nation needs you to commit to a nation building dialogue process aimed at uniting the nation and creating an inclusive way forward.”

Citing the story of Hagar’s vindication, the statement exhorted creative reconciliation. “God is saying the solution is not far away, the fountain is just close by. Let us all open our eyes, we have the solution. The solution lies not in our separation but in our reconciliation on the basis of justice,” the ZCC said.