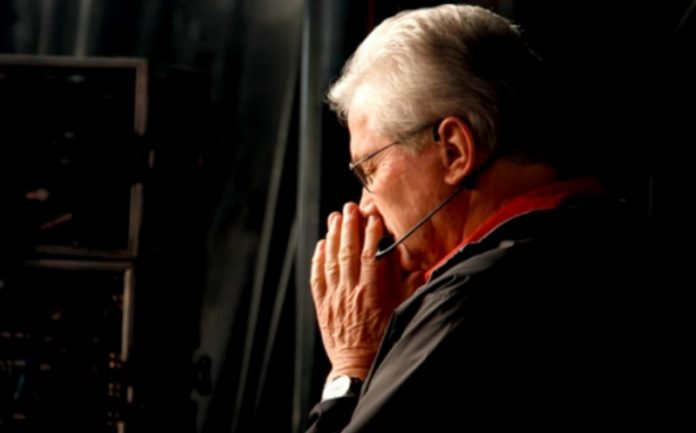 The list recognizes “the most accomplished and influential Oregonians of all time ranked based on their impacts on their field of endeavor, our state and the world.”

“This is such an honor, but of course, Dad won’t ever bring it up,” Andrew Palau, son of Luis Palau, said. “Dad’s big goal is to help people ‘settle the big question’ about God, their value, their purpose. He’s been used by God to share the Good News of Jesus with millions of people around the world, and this recognition is further evidence of the inspiring work Dad has done for over 60 years.”

The Argentina-born evangelist and his ministry, based in Beaverton, Oregon, have shared the Gospel with hundreds of millions of people through evangelistic events and media. He has spoken in person to more than 30 million people in 75 countries with more than 1 million registered decisions for Jesus Christ. He has authored close to 50 books, contributed articles on issues of faith to countless publications, and counseled business leaders, political leaders, and heads of state around the world. Luis’ radio broadcasts in English and Spanish are heard by millions on 5,000 radio outlets in 48 countries.

Luis Palau festivals have produced some of the largest audiences ever recorded in cities from south Florida to South America. And while the ministry consistently travels internationally, including the recent 2018 March for Jesus Festival in São Paulo, Brazil, Luis has made sharing the Good News a priority in Oregon, going to otherwise unknown cities such as Athena, Hood River, and Woodburn, to share his message of hope, forgiveness, and peace with God.

In 1999, attendance for his two-day faith festival in Portland exceeded 90,000. This coming weekend, on July 28, a Palau festival – led by Luis’ son Andrew – is happening in Eugene, Oregon. You can learn more about it at www.cityfest.org.

St Joan of Arc: 15 quotes from her trial and interrogations