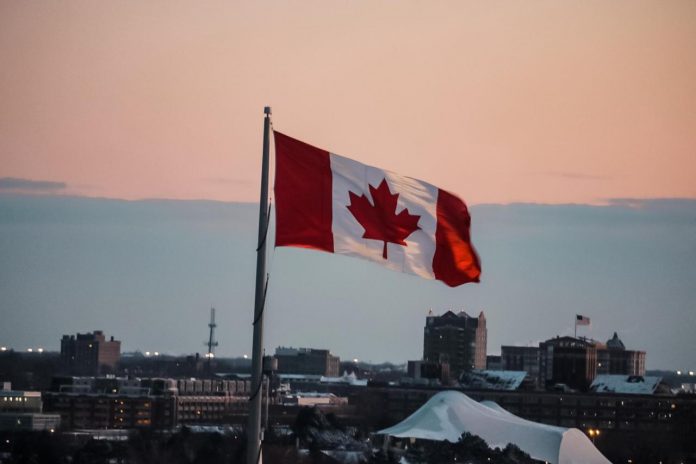 In a speech in rural Canada before a crowd of indigenous Canadian people, Pope Francis publicly apologized for the Catholic Church’s role in running much of Canada’s government-sponsored residential school system.

During more than a century of operation, the system worked to stamp out aspects of native culture, language, and religious practice.

“I am here because the first step of my penitential pilgrimage among you is that of again asking forgiveness, of telling you once more that I am deeply sorry,” Pope Francis said in his July 25 speech.

“Sorry for the ways in which, regrettably, many Christians supported the colonizing mentality of the powers that oppressed the indigenous peoples. I am sorry. I ask forgiveness, in particular, for the ways in which many members of the Church and of religious communities cooperated, not least through their indifference, in projects of cultural destruction and forced assimilation promoted by the governments of that time, which culminated in the system of residential schools.”

The speech marked Pope Francis’ first public address since arriving in Canada on July 24 for a weeklong visit. The venue in Maskwacis, a rural town about an hour’s drive south of Edmonton, is a circular arena typically used for pow wows.

Before mounting the stage, the pope prayed silently at the site of the former Ermineskin Residential School, which included the graves of several former students.

Attending the pope’s address, along with several hundred indigenous people in traditional garb, was the Governor General of Canada, Mary Simon, and Prime Minister Justin Trudeau. The 85-year-old pope has been suffering from health problems of late, and has used a wheelchair frequently for months due to a knee injury. For this speech, Pope Francis was pushed to the stage in his wheelchair, and stood with the help of a cane.

Francis described his apology as a “starting point” on the path to healing, which includes “a serious investigation into the facts of what took place in the past and to assist the survivors of the residential schools to experience healing from the traumas they suffered.”

Canada’s residential schools, though they were government-funded, were administered and run by local churches, the majority of which were Catholic. Sisters of the Missionary Oblates of Mary Immaculate played a large role in running the schools. The schools broadly worked to strip away indigenous students’ native identities, practices, and languages, often against the will of the children’s tribes. Former students at the schools have described mistreatment and even abuse within their walls, along with broad criticisms of the quality of education they received, psychological damage, and other problems such as malnutrition and unsanitary conditions.

“Although Christian charity was not absent, and there were many outstanding instances of devotion and care for children, the overall effects of the policies linked to the residential schools were catastrophic,” the pope continued.

“What our Christian faith tells us is that this was a disastrous error, incompatible with the Gospel of Jesus Christ. It is painful to think of how the firm soil of values, language and culture that made up the authentic identity of your peoples was eroded, and that you have continued to pay the price of this. In the face of this deplorable evil, the Church kneels before God and implores his forgiveness for the sins of her children…I myself wish to reaffirm this, with shame and unambiguously. I humbly beg forgiveness for the evil committed by so many Christians against the indigenous peoples.”

Canada’s Truth and Reconciliation Commission report was released in 2015, and requested an apology from the pope for the abuses it uncovered within one year of its release. In March 2022, Pope Francis met with representatives of the Métis and Inuit indigenous peoples, and with the Canadian Catholic bishops, both at the Vatican, and apologized to them privately.

Chief Wilton Littlechild, a prominent Canadian indigenous leader and advocate who was at the Vatican meeting, opened the ceremony in Maskwacis by welcoming Pope Francis to his homeland.

“Your Holiness, you have come to our land in response to our invitation, and as you

promised. You have said that you come as a pilgrim, seeking to walk together with us on the pathway of truth, justice, healing, reconciliation, and hope. We gladly welcome you to join us on this journey,” Littlechild said.

“As you acknowledged in your address to us in Rome, we Indigenous Peoples strive always to consider the impact of present events and deliberations on future generations. In that spirit, we sincerely hope that our encounter this morning, and the words you share with us, will echo with true healing and real hope throughout many generations to come.”

The presentation at Maskwacis included a procession with a large red banner, bearing the names of over 4,000 children who died at the residential schools. The creation of the banner was the first national, public commemoration to record the names of so many of the children who died at all the residential schools across Canada, according to the National Centre for Truth and Reconciliation.

The pope praised the indigenous community’s sense of community and tradition, passing on a “treasury of sound customs and teachings,” following “ways of life that respect the earth which you received as a legacy from past generations and are keeping for those yet to come.”

“I trust and pray that Christians and civil society in this land may grow in the ability to accept and respect the identity and the experience of the indigenous peoples. It is my hope that concrete ways can be found to make those peoples better known and esteemed, so that all may learn to walk together. For my part, I will continue to encourage the efforts of all Catholics to support the indigenous peoples,” Pope Francis continued.

“In the face of evil, we pray to the Lord of goodness; in the face of death, we pray to the God of life. Our Lord Jesus Christ took a grave, which seemed the burial place of every hope and dream, leaving behind only sorrow, pain and resignation, and made it a place of rebirth and resurrection, the beginning of a history of new life and universal reconciliation. Our own efforts are not enough to achieve healing and reconciliation: we need God’s grace. We need the quiet and powerful wisdom of the Spirit, the tender love of the Comforter. May he bring to fulfillment the deepest expectations of our hearts. May he guide our steps and enable us to advance together on our journey.”

Following a flight from Rome, the pope was greeted at Edmonton International Airport by Trudeau and other dignitaries July 24. On July 26, the feast of St. Anne, Pope Francis will celebrate Mass at Commonwealth Stadium in Edmonton. Later that day, he will participate in a pilgrimage to Lac Ste. Anne, a site which plays host annually to thousands of pilgrims, billing itself as the largest annual Catholic gathering in western Canada. The pope will also celebrate a Liturgy of the Word at the site.

EWTN will continue to provide live coverage of the papal trip, which can be found through the network’s program schedule.