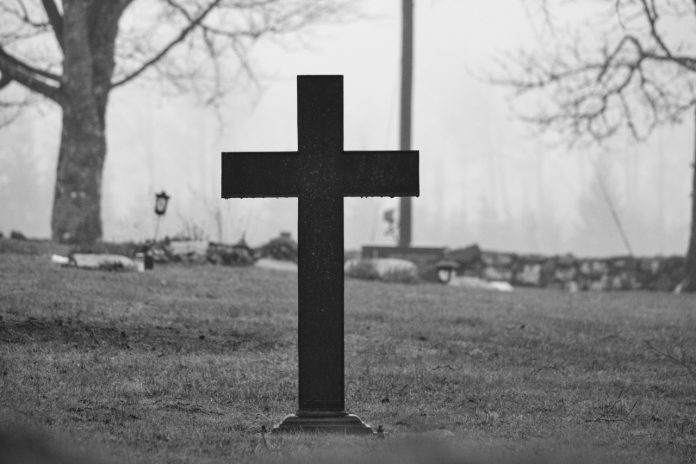 Pope Francis expressed sorrow on Sunday at the discovery of Indigenous children’s graves at a Church-run residential school in Canada.

Speaking after the recitation of the Angelus June 6, the pope assured Canadians of his sympathy and prayers, but did not issue a formal apology for the Catholic Church’s role in residential schools, as requested by the Canadian government.

He said: “I follow with sorrow the news from Canada about the shocking discovery of the remains of 215 children, pupils of the Kamloops Indian Residential School in the province of British Columbia.”

“I join the Canadian bishops and the whole Catholic Church in Canada in expressing my sympathy to the Canadian people, who have been traumatized by the shocking news.”

He continued: “The sad discovery further increases our awareness of the pain and suffering of the past. May Canada’s political and religious authorities continue to work together with determination to shed light on this sad event and humbly commit themselves to a path of reconciliation and healing.”

“These difficult times are a strong call for all to turn away from the colonizing model, and even the ideological colonisations of today, and walk side by side in dialogue, mutual respect, and recognition of the rights and cultural values of all the daughters and sons of Canada.”

Asking pilgrims to observe a moment of prayer, he said: “We commend to the Lord the souls of all the children who have died in Canada’s residential schools and we pray for the grieving families and communities of Indigenous Canadians.”

The discovery of the unmarked Indigenous graves at a former Church-run residential school in Kamloops, British Columbia, has caused an outcry in Canada.

The remains of 215 children at the site of the former Kamloops Indian Residential School were located in mid-May through the use of ground-penetrating radar. The children were buried in unmarked graves, and it is unclear how they died.

The school was the largest institution of its kind and was overseen by the Church between 1890 and 1969.

Canada’s Truth and Reconciliation Commission, which ran from 2008 to 2015, estimated that 4,000 to 6,000 students died as a result of neglect or abuse in the country’s residential schools.

Among the commission’s 94 recommendations was a call for the pope “to issue an apology to Survivors, their families, and communities for the Roman Catholic Church’s role in the spiritual, cultural, emotional, physical, and sexual abuse of First Nations, Inuit, and Métis children in Catholic-run residential schools.”

Prime Minister Justin Trudeau raised the possibility of an apology during a meeting with Pope Francis at the Vatican in 2017.

Pope Francis gave his live-streamed Angelus address at a window overlooking St. Peter’s Square, where a sizeable crowd of pilgrims stood wearing face coverings to prevent the spread of COVID-19.

He dedicated the address to the feast of Corpus Christi, celebrated on Thursday at the Vatican, but observed on Sunday in Italy and other countries.

He noted that the day’s Gospel reading describes how Jesus took bread, blessed it, and shared it with his disciples at the Last Supper.

“And thus, with simplicity, Jesus gives us the greatest sacrament. His is a humble gesture of giving, of sharing,” he said.

“At the culmination of his life, he does not distribute an abundance of bread to feed the crowds, but he breaks himself at the Passover supper with the disciples. In this way, Jesus shows us that the aim of life lies in self-giving, that the greatest thing is to serve.”

The pope underlined the word “fragility” in relation to the Eucharist.

The pope noted that Jesus instituted the Eucharist on the night that he was betrayed.

“And what does Jesus do? He reacts to the evil with a greater good. He responds to Judas’ ‘no’ with the ‘yes’ of mercy. He does not punish the sinner, but rather gives His life for him,” he said.

“When we receive the Eucharist, Jesus does the same with us: he knows us; he knows that we are sinners and we make many mistakes, but he does not give up joining his life to ours. He knows that we need it, because the Eucharist is not the reward of saints, no, [but] the Bread of sinners. This is why he exhorts us: ‘Do not be afraid! Take and eat.’”

Each time we receive the Eucharist, he added, Jesus reminds us that we are more precious than we realize.

“He tells us he is pleased if we share our fragilities with Him. He repeats to us that his mercy is not afraid of our miseries,” he said.

“Jesus’ mercy is not afraid of our miseries. Above all, he heals us with love from those frailties that we cannot heal on our own.”

The pope said that the Eucharist “heals rigidity and transforms it into docility” because it joins those who receive it to Jesus.

“This is the logic of the Eucharist: we receive Jesus who loves us and heals our fragilities in order to love others and help them in their fragilities,” he explained

After praying the Angelus, the pope lamented a massacre in the West African country of Burkina Faso in which at least 132 people, including seven children, died.

“I wish to assure you of my prayers for the victims of the massacre which took place on the night of Friday to Saturday in a small town in Burkina Faso,” he said.

“I am close to their families and to the entire Burkinabé people who are suffering greatly from these repeated attacks. Africa needs peace and not violence!”

The pope noted that June 6 marks the beatification of Sr. Maria Laura Mainetti, an Italian religious sister stabbed to death by three teenage girls in 2000.

“Today in Chiavenna, in the Diocese of Como, Sister Maria Laura Mainetti, of the Daughters of the Cross, who was killed 21 years ago by three girls influenced by a satanic sect, is being beatified,” he said.

“She, who loved young people more than anything, and who loved and forgave those same girls who were prisoners of evil, leaves us her life program: to do every little thing with faith, love, and enthusiasm. May the Lord give us all faith, love and enthusiasm.”

He asked for a round of applause for the new blessed.

He then endorsed an initiative called “One minute for peace,” taking place on June 8 at 1 p.m. The International Forum Catholic Action is inviting people all over the world to spend a minute praying for peace, according to their religious tradition.

“We pray in particular for the Holy Land and Myanmar,” the pope said.

Finally, he greeted pilgrims from Rome, elsewhere in Italy, and from other countries.

“I wish everyone a good Sunday. Please don’t forget to pray for me,” he concluded.