“Gender justice must be the agenda of men as well as women,” said World Council of Churches (WCC) general secretary Rev. Dr Olav Fykse Tveit in a comment released on the occasion of International Women’s Day 2020. “The WCC as a fellowship has a shared commitment to be a community of women and men, rested equally in the image of God, and we seek for the benefit of all a just fellowship of women and men.”

Tveit added: “We stand on the foundation of equality and justice that has been the proud tradition of the World Council of Churches. Since its inception, the WCC has stood against racism, sexism, ageism, economic inequalities, ecological degradation and other injustices.”

Tveit said: “Since well before the 1st Assembly of the World Council of Churches at Amsterdam in 1948, the WCC (in process of formation) was called to demonstrate its solidarity with women. During the process leading toward the official launch of the WCC, women demonstrated that the unity of the church could be realized only in a just community of women and men.”

As a result, the Amsterdam Assembly created a Commission on the Life and Work of Women in the Church. Since then, the WCC has affirmed and appreciated women’s gifts for the church and the world, while challenging the realities of oppression, marginalization, violence and barriers women face in church and society.

On the occasion of International Women’s Day 2020, said WCC deputy general secretary Prof. Dr Isabel Apawo Phiri, “I see a strong call to the churches and to the WCC as a whole, but also the wider ecumenical movement, as we relaunch the Thursdays in Black campaign. It has to do with care for justice, peace and the unity of humankind at its most critical and intimate point: in domestic life and among near relations, as well as in religious communities.”

Phiri added: “We have also to make efforts as women and men to show that this is not an issue for women only. It is about changing morally wrong, sinful and very shameful tendencies of men exercising violence against women. The need for gender justice has its most urgent and obvious reasons here. A family, community and society where there is no justice or proper care to prevent such violence is no good for anybody, not for women, men or children.”

Tveit concluded: “This is what God has called us to do in the most fundamental setting of our faith and life: to love God and one another as ourselves.” 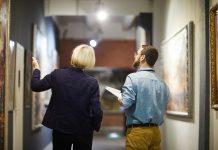 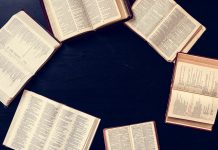 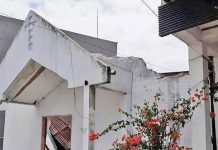