Although she loves what she is doing, there are times when bishop Sofie Petersen feels a strong desire to be someplace else than inside her cosy diocesan office in Nuuk, Greenland. Preferably outdoors, inhaling crisp, arctic air in a stunningly beautiful landscape where mighty polar bears roam and huge whales gently plough their way through the ice-scattered waters along the coastline.

The established western way of life, with strictly scheduled working hours and packed agendas, has always faced strong competition from Inuit instincts and cultural traditions. A deep dedication to Mother Nature runs deep in the veins of native Greenlanders.

“Here, we are used to going sailing when the weather invites us to do so, not when the clock allows us to leave work. That’s why I sometimes ask myself why I am sitting here when I could be out enjoying our beautiful nature,” Petersen says.

In her mind, such yearnings are not only contingent on cultural differences, but on genes as well.

“For instance, nature has taught us to build up energy reserves by eating heftier food in winter,” she exemplifies.

Being there for people

Imposing Danish traditions and governance has taken its toll on the Inuit culture and values predominant in Greenland. Centuries of colonial rule have bred alienation and quiescence, which is largely seen as a root cause of alcoholism and other social problems still plaguing the island. Although the Church of Greenland does plenty to give marginalized people hope and help them out of their misery, Petersen would like to do more to encourage local initiatives where social issues are discoursed from a Biblical perspective.

“We have a comprehensive diaconal programme in place to support and facilitate voluntary work in local congregations throughout the island. We try to be there for people whenever and wherever they need us. However, a constant shortage of clergy, as well as other personnel and volunteers, sometimes makes it difficult for us to fully utilize our diaconal allowances. That is a challenge, particularly in rural areas,” Petersen explains.

Operating over vast distances in an arctic climate, where there are neither roads nor railways connecting settlements, poses challenges to the three deaneries covering the island. Often, helicopter and dogsled, plus all kinds of boats, are the only possible means of transportation to remote areas.

Preaching the Gospel is in many places done by catechists, who are thoroughly trained and authorized by the Diocese of Greenland to carry out day-to-day pastoral duties which don’t require ordination. In places where there aren’t any catechists, so called reader-catechists are engaged by the deaneries to deliver texts prepared by an ordained pastor or a catechist elsewhere. Such arrangements make it possible for the Church of Greenland to fulfil its obligation to gather people for prayers and worships on a regular basis, also in sparsely populated areas.

As bishop, she is the spiritual leader of almost all of Greenland’s 56,000 inhabitants. Around 98 percent of her fellow countrymen are members of the Church of Greenland. Since 2009, when a referendum gained Greenland considerable independence from Denmark, the Diocese of Greenland is organized under the self-ruling Government of Greenland, which also fully funds it. A new law adopted in 2010 established the bishop’s diocesan office in Nuuk as the central governing and administrative body of the Church of Greenland. Petersen is pleased with this arrangement, which she thinks facilitates smooth decision-processes and makes it easy to quickly resolve all kinds of issues.

Compared to Scandinavia, Greenland has a rather short history of being a Christian society. Next year, it will be only 300 years since Hans Egede, a Lutheran, Danish missionary, came ashore to colonize the island, assigned by King Fredrik IV of Denmark. And it wasn’t until 1953, that churches of other denominations than Lutheran were allowed.

The cultural differences between Greenland and Denmark have had their impact on Christian faith.

“Where I come from, being a Christian is universal. In Denmark, where I went to school, studied theology and lived for 17 years altogether, being a Christian is the same as being Danish. There is an enormous difference in our way of thinking because Christianity is always influenced by the context it is in. Culture is integrated in faith and evangelism depends on the theology we pursue. In Greenland, Christianity has quelled our culture,” Petersen concludes.

To a certain extent, she believes that that is still the case today. An example is the outrage it sometimes causes among more conservative Christians when a traditional Inuit instrument like the drum is beaten in church.

“To some, the drum, and the flute as well, represents heathenism,” says Petersen.

Still, the Christian faith, albeit brought in with colonization, has become a vital part of everyday life in Greenland. Churches are often full on Sundays and people enjoy getting together as a Christian fellowship, praying and singing hymns in their native language.

“Greenlanders tend to unwind easier and get together more often. Our lifestyle is more relaxed, compared to western lifestyles,” Petersen says.

Born in Maniitsoq on Greenland’s west coast, and sent to Denmark as an eleven-year-old to go to school, she feels fortunate to have two motherlands.

“Although I was often homesick, living abroad made me independent early on. It also gave me new perspectives and enabled me to see things from different angles. You learn a lot about your heritage that way, which has strengthened me in my own identity,” she says.

At the age of eleven, she also knew that she wanted to walk in her father’s footsteps and become a pastor when she grew up. And that she definitely wanted to live in Greenland. Since she heeded God’s call, she has cherished every moment as his servant. Preaching the Gospel and being part of a Christian fellowship through thick and thin has been a blessing to her. And it still is.

“It is about being looked upon with God’s love. It’s about daring to share something that touches us deep down in our hearts. It’s about acknowledging that we as human beings are vulnerable and that we need someone there, God Almighty, that is, to always be by our side. That is why we carry our children to baptism,” Petersen explains.

In her opinion, the Church must talk about things that matter in people’s everyday life. It must ask and elaborate on key questions, like; what is really most important in life?

Since Christian teaching no longer is a compulsory part of the education programme in school in Greenland, the knowledge of the Bible and the Gospel among kids and teenagers has decreased. That is one of many challenges facing the church nowadays that the bishop worries about.

“The Christian fellowship is about understanding that you are what you are because of others, not because of yourself. It is about thy neighbour. Nowadays, children are brought up to be the vantage point around which everything else circles. Such individualization is bad for them and bad for society,” says Petersen, who has four grandchildren herself.

A lifetime of commitment and passion

This year, Petersen celebrates her 25th anniversary as bishop of the Diocese of Greenland. Her warm, open-minded, non-prestigious personality and genuine Inuit traits have made her immensely popular at home, where “Bishop Sofie” has been a household name for decades.

Her long-time commitment to the ecumenical movement has also made her a familiar face and well-respected church leader on the international scene, where she is a poignant voice in the climate change debate and a strong advocate for a holistic, faith-based approach to that issue.

Since 2006, Petersen has served as member of the World Council of Churches (WCC) central committee, which convenes every second year as the highest governing body of the WCC in-between assemblies.

“I feel blessed to have had the opportunity to learn about all kinds of different things and to be involved in a broad array of pertinent issues; everything from global warming issues to new translations into Greenlandic of the Bible, rituals and hymns, which I am particularly proud of. I have been privileged to visit every corner of my beloved home country, witnessing how much faith means to people in Greenland. That has strengthened me in my own faith,” Petersen explains.

After 25 years as bishop, she still misses working as a pastor in a parish. Preaching the Gospel and being part of a Christian fellowship is what always has mattered the most to her.

“As a Christian church, preaching the Gospel is always our first priority. If a day comes when you think that you can go to work and routinely get the worship over and done with, then it is time to retire,” says Petersen.

The sincerity and gentleness, with which she shares her knowledge and experience over coffee and Danish pastry in her cosy diocesan office, and the joy with which she talks about preaching and worshipping, makes it hard to believe that she ever could lose her passion and commitment. She may retire as bishop later this year, but she’ll never retire from the Christian fellowship. 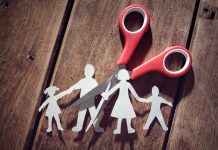 ‘Give voice to the pain’: New Catholic ministry seeks to help adult children of divorce