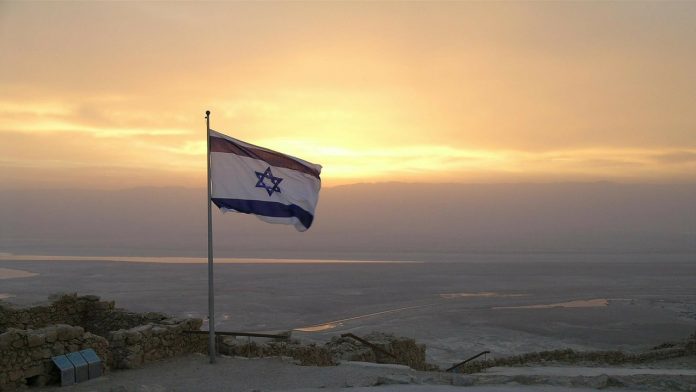 Heads of churches in Israel and the Occupied Palestinian Territories have reacted with dismay and concern to the Israeli Knesset’s adoption on 19 July 2018 of a new Basic Law: Israel as the Nation-State of the Jewish People, which specifies that “The right to exercise national self-determination in the State of Israel is unique to the Jewish people.”

Greek Orthodox Patriarch of Jerusalem Theophilos III observed that the new law does not mention the Christians and Muslims who have lived on the land before and ever since the establishment of the State of Israel, and said that the new law “strengthens the institutionalization of racism and dispels hopes of equality”. Bishop Sani Ibrahim Azar of the Evangelical Lutheran Church in Jordan and the Holy Land called it “fundamentally divisive, racist, and destructive.”

Bishop Azar remarked that the new law “deliberately excludes the 1.5 million citizens of Israel who identify as Arab Israeli” and “ignores the presence of citizens and residents who are members of other religious groups and the significant contributions they make to Israeli society.”

A statement by the Latin Patriarchate of Jerusalem stressed that “the law fails to provide any constitutional guarantees for the rights of the indigenous and other minorities living in the country” and “sends an unequivocal signal to the Palestinian citizens of Israel, to the effect that in this country they are not at home.” The downgrading of Arabic from an official language to a language with “a special status” strengthens that signal.

Church leaders also highlighted the dangers of the provision of the new Basic Law stipulating that “The state views the development of Jewish settlement as a national value and will act to encourage and promote its establishment and consolidation.” In Bishop Azar’s words,

“It is difficult to understand how the encouragement and promotion of segregated, mono-cultural, mono-religious communities within Israel proper (or within Palestinian territory, in the form of illegal settlements) moves the State of Israel toward a peaceful future.”

Patriarch Theophilos expressed concern that this provision will strengthen the hand of settlement groups seeking to seize church properties in Jerusalem and elsewhere. He stated that key proponents of this new law represent the same bodies that have sought to enact a law allowing the State of Israel to confiscate the lands of all churches – which Prime Minister Netanyahu pledged to prevent, in discussions following the decision by the heads of the churches to close the Church of the Holy Sepulchre in February this year.

In its statement, the Latin Patriarchate suggested that the new Basic Law contravenes Israel’s own Declaration of Independence, which includes commitments to “foster the development of the country for the benefit of all its inhabitants”, to “ensure complete equality of social and political rights to all its inhabitants irrespective of religion, race or sex”, to “guarantee freedom of religion, conscience, language, education and culture”, and to “be faithful to the principles of the Charter of the United Nations”.

Similarly Peter Prove, Director of the WCC’s Commission of the Churches on International Affairs, noted that another of Israel’s Basic Laws – on Human Dignity and Liberty, enacted in 1995 – “prescribes human dignity and liberty as basic values of the State of Israel”.

Though this law does not explicitly include several fundamental and internationally-recognized human rights (such as freedom of speech, freedom of assembly or freedom of religion, it nevertheless acknowledges the importance of the protection of human dignity and rights for the future of the State of Israel “as a Jewish and democratic state” (emphasis added).

Many Jewish leaders in Israel and around the world have also voiced concerns about the implications of the new Basic Law for Israel’s democracy. Anti-Defamation League CEO Jonathan Greenblatt is reported to have commented that the new law “raises significant questions about the government’s long-term commitment to [Israel’s] pluralistic identity and democratic nature.”

As the Latin Patriarchate statement concludes, “The Christian citizens of Israel have the same concerns as any other non-Jewish communities with respect to this Law. They call upon all citizens of the State of Israel who still believe in the basic concept of equality among citizens of the same nation, to voice their objection to this law and the dangers emanating thereof to the future of this Country.”

Rev Dr Olav Fykse Tveit, general secretary of the World Council of Churches, stressed “this is about the Holy land and holy places of three religions. Jerusalem must be a shared one. It cannot be the exclusive possession of one faith over against the others, or of one people over against the other. Jerusalem is, and must continue to be, a city of three religions and two peoples.”

“Jerusalem is regarded as a holy city and loved, genuinely and deeply loved, by all three Abrahamic faiths – Jews, Christians and Muslims,” Tveit underlined. “That love and profound attachment must be respected and affirmed in any solution that might be envisaged, if it is to be viable.”